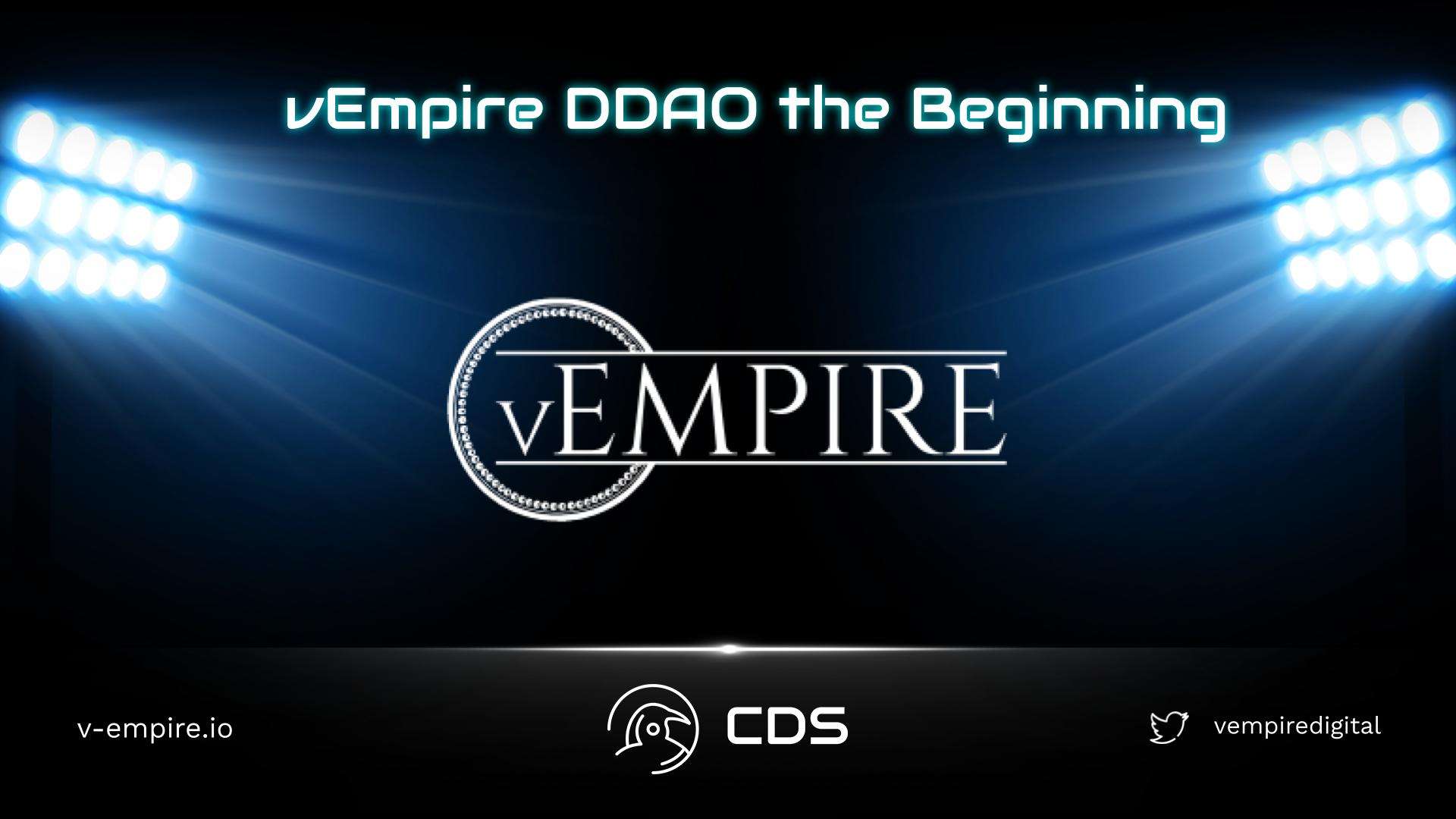 vEmprie DDAO is the world’s largest decentralized Metaverse investment organization. vEmpire was developed with the aim of preventing decentralized technologies such as the Metaverse from being taken over by centralized organizations. The main goal of VEMPIRE is to reduce the barrier of entry for investing in the Metaverse. Also vEmpire DDAO  is the first protocol that allows staking the Metaverse token in exchange for a double return interest, paying a return in both $VEMP and the original tokens. There is also a self-developed P2E (Play to Earn) game by vEmpire. In fact, we can think of vEmpire as a project built around and covering a lot of Metaverse, GameFi and NFTs.

vEmpire is a two-player trading card game set in the universe of Roman mythology, around the legendary stories of the twin brothers Remus and Romulus.Each brother has his own army with his own abilities. In order to obtain power and to be victorious in the fratricidal war, players must choose a side and choose their troops wisely.

At the beginning of the game, you will have the option to choose which group you want to play for. Two possible groups are Romulus or Remus. You also need to decide how many $VEMP tokens you want to play for in vEmpire.Then you will be matched with an opponent from the opposite group and choose your risk factor. This will determine how much of your total $VEMP token will be captured in battle.Players take turns playing one card each until both players decide to end the round or until one player is no longer able to play cards. There are a total of three rounds per battle, and the winner is the one who can win at least two of the three rounds. Each round is played with cards left over from previous rounds.

The vEmpire staking platform currently supports five different Metaverse cryptocurrencies. All five of these stake pools offer double interest, half on $VEMP and half on the original token. It is worth mentioning that the double interest yield is not paid immediately.

Only 20% of the vEmpire project’s 810 million token supply is still in circulation. When we compare the supply price, we can say that the price is quite low. In addition, the fact that this token is listed on two decentralized and eleven centralized stock market is reassuring in terms of token distribution. In addition, vEmpire has very prestigious partners such as Polygon, Chainlink, Uniscrypt, MEXC Global, NEO and Blockchain Game Alliance.

vEmpire co-founders Dominic and Mike Ryder are brothers and have combined 5 years of experience in the Web 3.0 industries. The team behind vEmpire has extensive experience in audiovisual, stockbroking, marketing and storytelling. With these reasons, we can say that the vEmpire team can develop innovative P2E games using open source technology. There are 5 members in the core team, including 3 consultants.

vEmpire DDAO is among the popular projects with the technology they had developed to protect the nature of decentralized platforms. The fact that the company is the leader of the virtual real estate sector, as well as being the largest Metaverse investment institution, can be shown among the developments that reveal the potential of the project. The project, which experts say is promising, has the potential to influence the price of features that can earn passive income, such as staking, which it offers to support VEMP Coin.