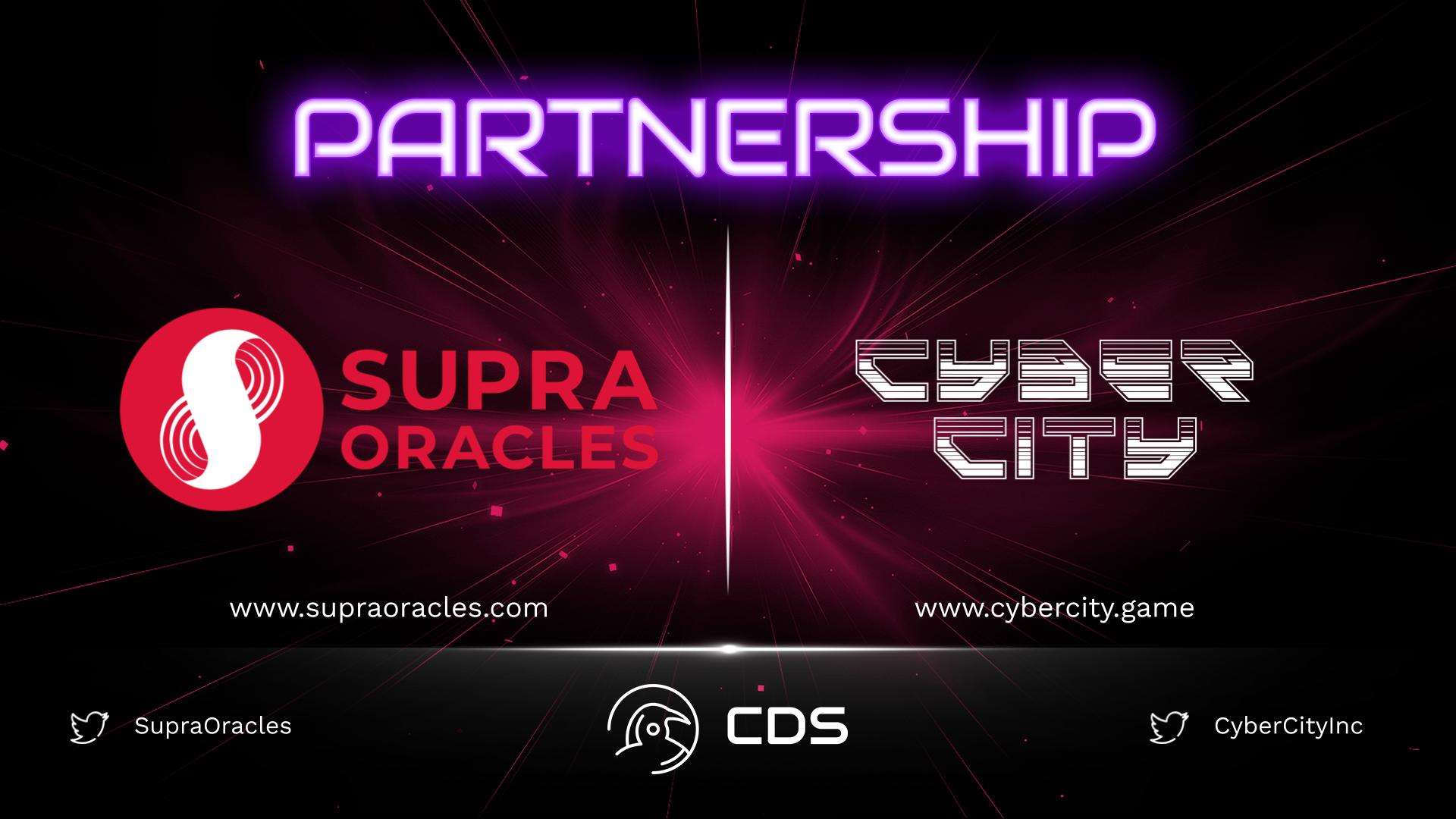 SupraOracles recently announced that they are happy to be partnering with Cyber City, a P2E game with a cyberpunk theme. Cyber City has a cyberpunk theme of the future, which we know as a dystopian idea in 2088. In addition, players also have access to marketplaces where they can buy and sell NFTs. Thanks to this partnership, they will be able to add RNG randomization to these NFTs thanks to Oracle tools. Joshua D. Tobkin, CEO and co-founder of SupraOracles, said about this partnership:

“Players will engage in intense PvP action with Cyber City and compete for great rewards. Practically everyone enjoys getting prizes when playing games. We anticipate that Cyber City will stand out among other play-to-earn games.”

Cyber City has a cyberpunk theme, which deals with the future in the year 2088 when large companies take over the world with high technologies and the low quality of life suffered by people living on the streets. Cyber City is a mixture of turn-based warfare, strategy, and fun mini-games based on the win-win model and where you can also trade NFT.

SupraOracles is a company that aims to bridge the gap between Web3 and the financial markets by combining advanced performance, robustness, and high-speed features using Oracles tools, enabling developers to create, deploy and manage data applications.

Zone of Avoidance Partners with Ailoverse

Partnership Between FishVerse & Get Set…