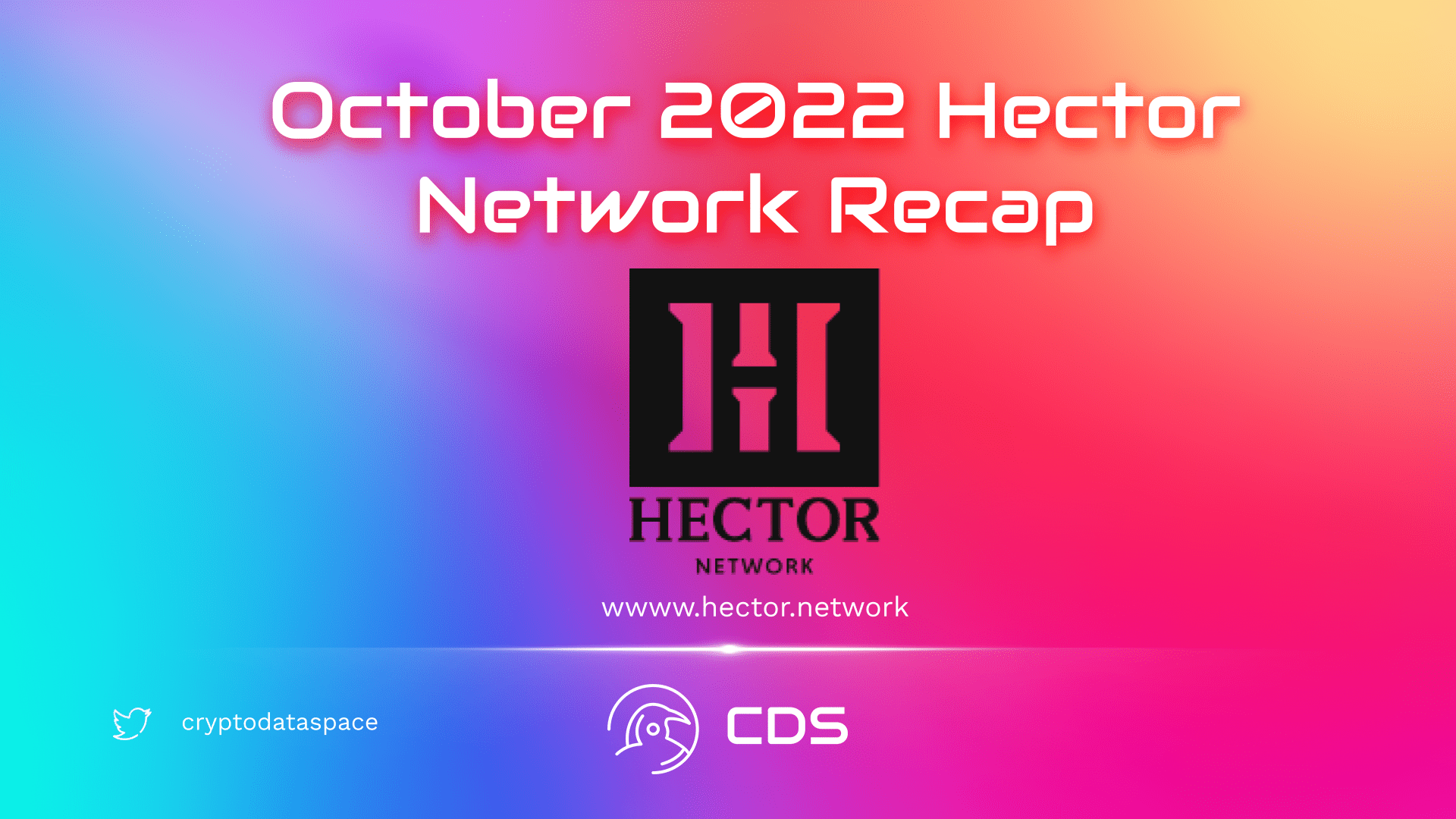 The month of October was very busy at Hector Network. They celebrated their first anniversary and were listed on Bitfinex, among other things.

All of your digital assets may be managed and tracked in DePocket, a dashboard. It functions at the moment on the Binance Smart Chain. Moreover, with the help of Polygon, Flow, and Ethereum, a multichain is being created.

But there were other partnerships in October as well. The additional new partner was Magic Media which is a global gaming and entertainment company. Another area the firm address is technology.

CertiK’s audit of the Emissions Plan was successful. The debut date was October 12th. Former HEC token holders are now able to continue earning for a further two years. Emissions will stop after these two years, and the HEC token will then experience deflation. The ecosystem will expand in the interim.

Both the HEC and TOR tokens were incorporated by Just Money into their dApp. They are a gateway for cryptocurrencies. This can be used as an e-checkout or as a mobile terminal by business owners. The two tokens now have a ton of potential use cases as a result.

The official sponsor of the NFT London 2022 is Hector Network. The event, which took place on November 3 and 4, also featured a booth from them. This is an excellent chance to draw attention to the approaching Atlantica launch because their NFT market locates here.

The network has made a great stride by getting its tokens listed on a Tier 1 exchange. Bitfinex consequently listed two HEC pairs. HEC/USDT as well as HEC/USD. A trading competition for extra HEC tokens was held in conjunction with the rollout.

Verified on the CoinMarketCap Community

In the crypto community, this greatly increases the network’s exposure. Their ecology will gain from this over time.

Above and Beyond Social Engagement

Hector Network was the most active project on social media in October. They received far more than 10 million social media interactions. Also, their dApp had the most users in the Fantom ecosystem throughout October with a minimum of 5,83K users.

Exorde is Live on SKALE

Coral Has Received a $20 Million…