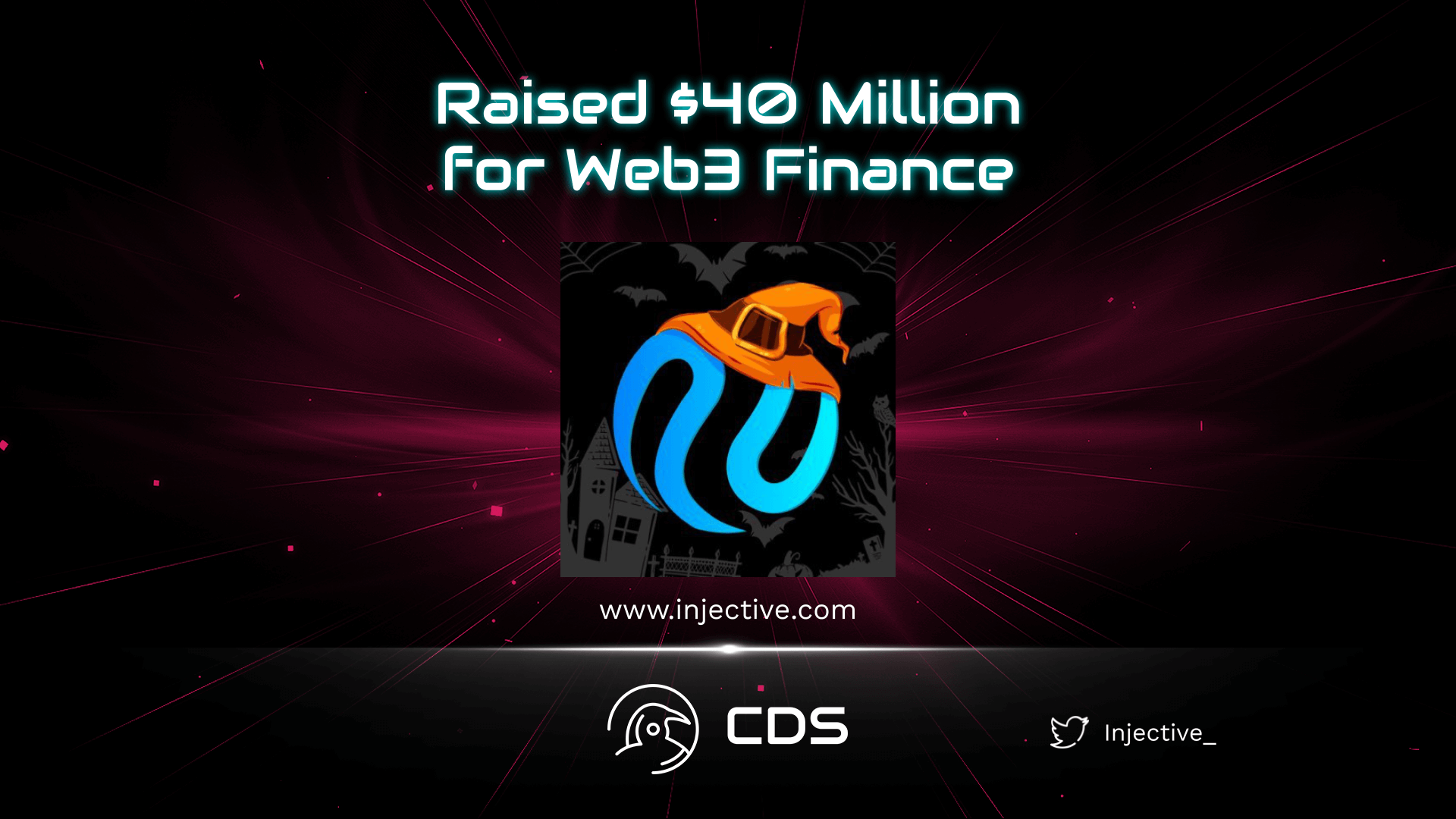 Injective has raised $40 million in a funding round from BH Digital and Jump Crypto to accelerate the adoption and growth of Web3 finance.

This new capital inflow will enable the development of Injective’s industry-leading blockchain optimized for financial applications and will continue to invest in its rapidly growing ecosystem to strengthen its position in the sector with this capital. The acquired fund will also be used to further increase the utility of the native INJ token powering Injective, as well as to create new liquidity paths for dApps installed on the protocol.

The Development and Growth of the Injective Ecosystem

Injective surpassed many of the popular first layer protocols on the market to reach more than 92 million on-chain transactions. Based on its latest developments, we can say that it can carry out every transaction instantly with no delay and with close to zero fees. The dApps built on the protocol have generated a cumulative volume of over $7 billion to date. It has become one of the fastest growing ecosystems in the industry today. The launch of the multi-chain CosmWasm smart contracts layer also took place last month, in line with the goal of being ready to become the leading infrastructure optimized for DEFI applications. In the light of these developments, we see that Injective is taking firm steps towards becoming an industry leader. Smart contract layer of Injective enables automatic execution on each block, making it the first and only automated smart contract-enabled blockchain.

In addition to the developments, the newly raised fund will support developers focused on improving the ecosystem of the platform. We may see in the future that new applications such as prediction markets, lending protocols and savings dApps are built on Injective.

It develops solutions that connect crypto with the traditional financial world, which is important for DEFI to be adopted and used by the masses.

Injective currently offers a number of enterprise-class modules such as the full chain order book, binary options and derivatives. To make a general comment, building even just one of these basic financial structures is a very time-consuming and challenging task. Through Injective, developers can now create unique finance-oriented projects without having to deal with the financial structure. In other words, traditional institutions can smoothly move in to a new world of Web3-supported finance.

“Businesses and financial institutions have become heavily involved in DEFI, and the next natural step will be to create personalized decentralized applications. Injective provides these institutions with a ready-made solution that can be used to build any finance application. – Jump Crypto President Kanav Kariya, We are looking forward to building together with the Injective community and are optimistic about the future growth of the ecosystem.

“We are excited to collaborate with our partners, including Jump Crypto, which we hope will be a great blessing for the broader ecosystem.” Eric Chen, co-founder and CEO of Injective Labs said. “The partnership with Jump, a key force in the crypto ecosystem, will focus on expanding the Injective network and further increasing adoption among protocol-based dApps.”

It is a proprietary interoperable layer protocol for building powerful exchange, DeFi, derivatives and Web3 applications. Injective was built using the Cosmos SDK and is able to achieve instant transactional certainty while running at lightning speed. INJ is the local deflationary scarce asset that powers Injective Protocol and its rapidly growing ecosystem. It is incubated by Binance and backed by Pantera Capital.

VISIT OUR OTHER BLOGS : STARTUPS