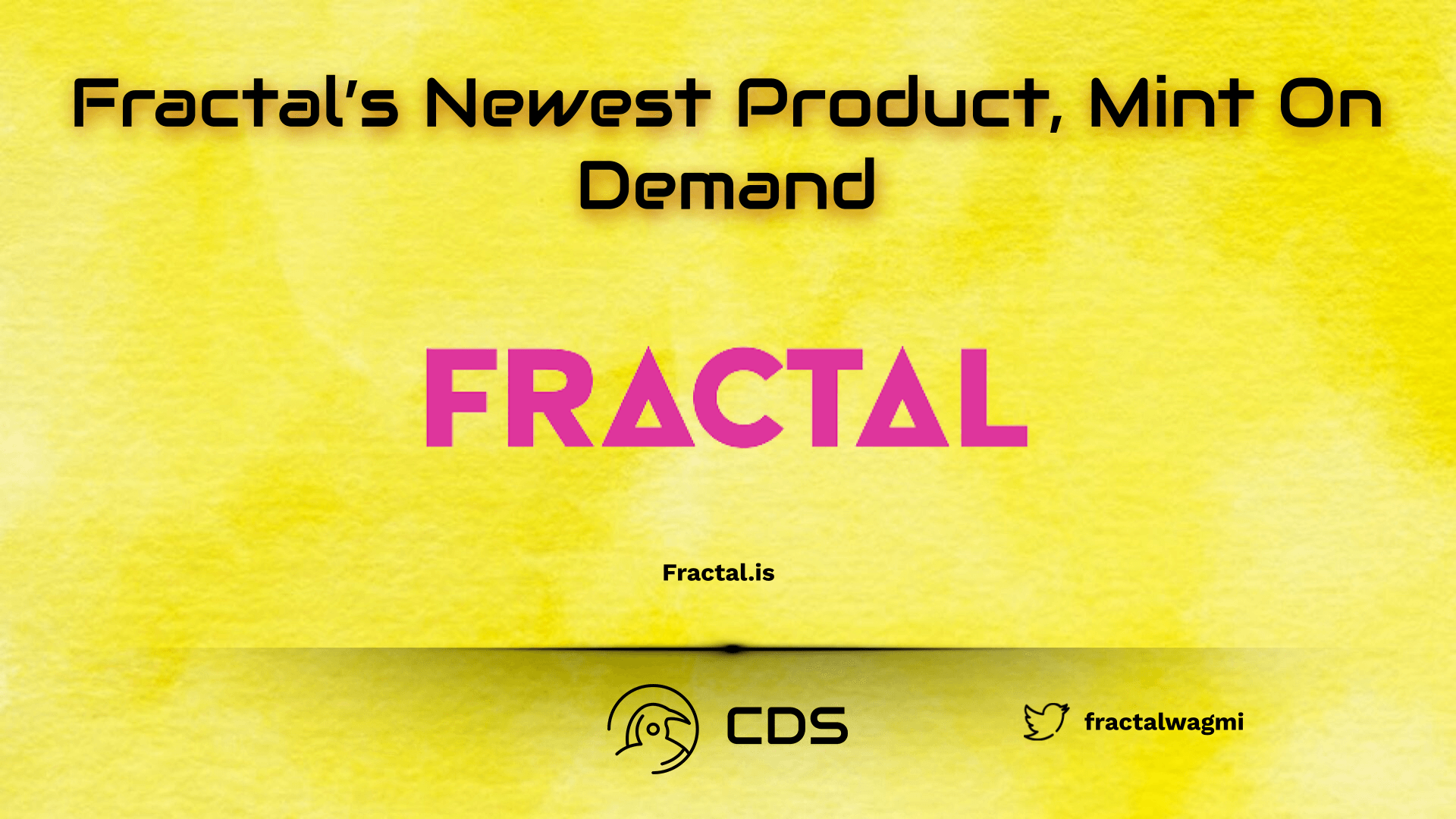 Fractal, a marketplace for in-game assets and metaverse built on the Solana chain, has launched Mint on Demand functionality.

With the “mint on demand” functionality launched as part of the Fractal Developer toolkit, Fractal aims to breathe new life into the NFT ecosystem.

One of the most significant reasons why Web3 is suitable for the gaming ecosystem is that the blockchain can offer users ownership of digital products within a game. Almost everything can be bought, sold and traded, from costumes to weapons, powers and terrain within the game. As a result, there may be millions of assets open for sale or exchange at any time within the game. On the other hand, placing so many products on the blockchain can be challenging both in terms of speed and cost. Although existing Layer 1 chains such as Solana are significantly cheaper than their predecessors, having too many digital assets within a game can still create problems.

To deal with such problems, Fractal has developed the “mint on demand” tool, which can be used as part of the Fractal Developer tools. This feature allows developers to mint assets to the chain exactly at the time of sale.

This delays the expense of minting the asset until a player expresses interest in buying the asset. The ability to mint on demand allows a collection of NFTs to form over time, rather than defining a collection and paying all blockchain costs upfront.

The on-demand mint process allows games to generate mint revenue in a hassle-free and predictable manner. Developers can own digital assets inside their games, displayed in a virtual storefront 365 days a year, non-stop. It also gives developers the ability to sell collections slowly but surely over timerather than relying on periodic “drops” that deprive them of the cash flow needed for funding.

Upon request, the mint can also change the nature of the minted assets. Games that lacked this feature were forced to define their collections at great cost in one go. Now games can behave more experimentally like the assets that will be minted. There is little risk of failure as there are no costs until a player expresses an interest in buying an asset. With the Mint on Demand feature, we will probably see new and interesting asset types being minted within the games.

Fractal is a marketplace for in-game assets and metaverses, built on the Solana chain. Fractal’s mission is to create an open platform for the free exchange of digital products.

WHAT IS THE CORPORATE LENDING AND…