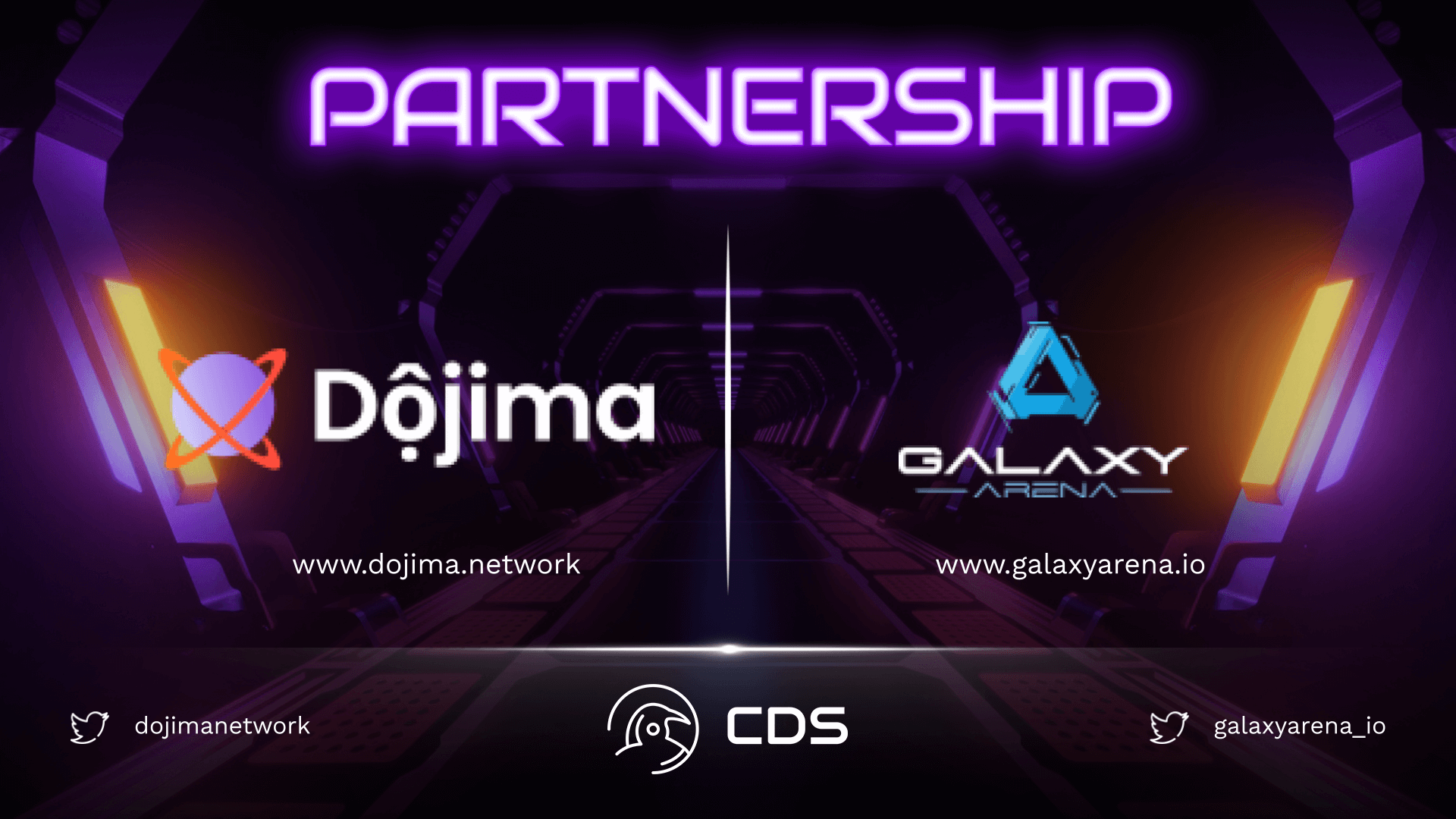 Like Dojima Network, Galaxy Arena is a company that believes in a decentralized digital ownership future via being provided with NFTs. NFTs, which will be used to represent a wide variety of objects, including clothes, buildings, and more, will be used in the Galaxy Arena to ensure that the data store they create belongs to the people/community that will make it valuable.

According to the statement, both projects will search for a token bridge that will allow them to transfer assets between chains, Dojima Network said, adding that this partnership will also be ahead of business and marketing relations.

To achieve the above, both parties will organize cross-promotion activities through AMAs, joint Gleam campaigns, Twitter spaces, etc. As a result of this cooperation, the parties, who expect further developments from the teams of both parties, stated that they will announce the developments in the future on their social media accounts.

Galaxy Arena is a decentralized metaverse VR experience, managed by Essence and powered by Polygon, that uses motion capture technology to take users on a unique journey through the metaverse to gain dynamics.

Also, Galaxy Arena is a VRearn game aggregator where galaxians can play, learn, move, dance, sing and participate in anything in the same place. At the same time, Galaxy Arena bridges the gap between virtual and reality by bringing event attractions and businesses to the metadatabase.

Dojima Network is a cross-chain infrastructure that will provide seamless liquidity and data transfer between different blockchains.

In addition, Dojima Network aims to create a “common ground” (Unity Chain) where developers come together.  Users can access liquidity from all other chains, and also interact with different protocols.

VISIT OUR OTHER BLOGS : COLLABORATION

The Telos Network is on the…