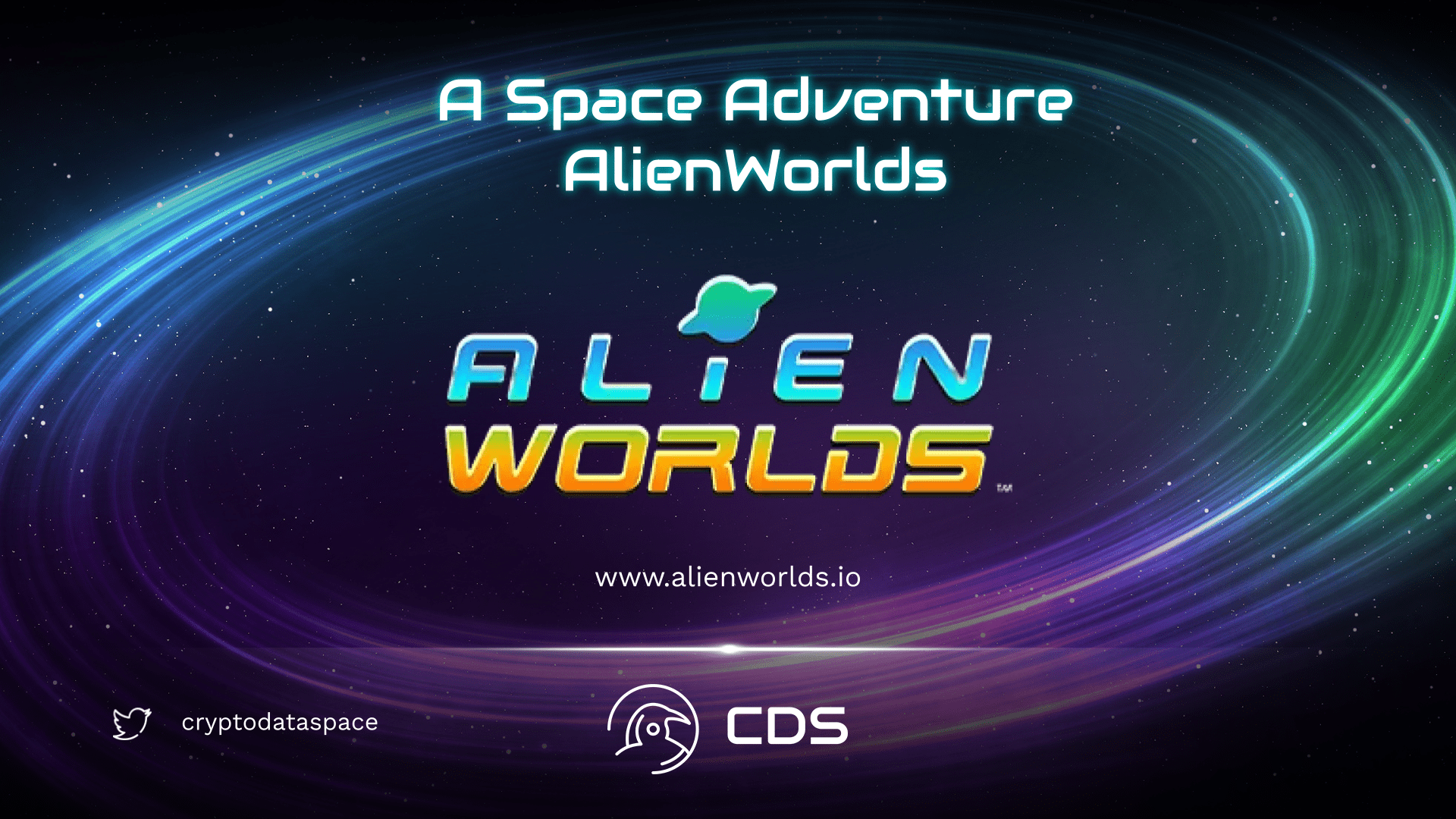 Located on the WAX, Binance Smart Chain and Ethereum blockchains, AlienWorlds is a free card game that is decentralized and has a meta-database. The Trilium (TLM) token, an advanced utility asset with extended DeFi functions and an in-game currency, powers the game’s economy. Explorers must stake TLM to join the administration, while being motivated to play games with TLM.

The game allows players to travel through a huge 2D universe, mining on planets, buying or renting land, participating in missions and learning about the politics of the planets. While all this is being done, NFTs are collected and TLM is earned.

However, players can invest their hard-earned Trilium in a specific planet to increase the influence of that planet on others and their position in the management of the planet. In addition, each planet has its own DAO, and they are all in competition with each other. As the TLM treasures grow, players may eventually gain more control over the planets and possibly even change the basic principles of the game.

In addition, mining on planets provides players with a constant supply of TLM money. But the equipment used to carry out mining has a huge impact. If the player has better items and item combinations, they will get better results.

The smart contract and all the data are located on blockchains, which makes the game transparent in itself. To make games more engaging and fun, players can offer game contracts and even hold mini-competitions depending on which areas of the metaverse are receiving the most attention.

What is the Theme of the AlienWorlds?

In the year 2055, some people living on earth have found a way to escape from the earth because epidemics were ravaging the planet. The Federation, the most advanced bitcoin mining group, has discovered a different pattern in its algorithmic responses. Thanks to the use of Bitcoin mining algorithms, an advanced alien culture was communicating, and the messages resulted in an important find: a wormhole that made it possible for people to visit distant exo-planets.

While passing through the wormhole, the Federation collected a special resource of extremely rare Trilium. However, they have discovered a whole new interstellar network, in which there are a huge number of habitable planets.

The Importance of Trilium

The Federation of Alien Worlds currently consists of six planets – Veles, Eyeke, Naron, Magor, Neri and Kavian. Thus, a Metaverse develops where the virtual and physical worlds collide. Everything in the AlienWorlds Metaverse is tokenized to create a fair economy, including the Avatars that explorers use to move, the tools and weapons they use in their daily exploration.

Some resourceful explorers dig for Trilium and rare objects, while others like to fight in the arena. Landowners, on the other hand, rent out their properties to build new goods and services to give to the galaxy. The Federation also sends supplies to diligent explorers to help them in their tasks.

The roadmap followed by the developer team regarding the game is divided into four different titles: completed, near term, coming soon and future plans.

The completed roadmap of AlienWorlds includes:

Those listed above are just a few of the achievements that they achieved. The game that achieves a lot in a short time is to strive for more.

In the near term of the game, the following goals have been completed:

Since these steps have been completed, preparations for the next stage have begun.

Some of the developments that have been completed and will meet with the players very soon are as follows:

After this step is completed, the game developers have stated that they will focus on their future plans.

The following enhancements are some of the AlienWorlds team’s future plans for the game:

Thus, the team aims to take the game to a completely different dimension and make the players enjoy it more.

AlienWorlds, which you can play using unique NFTs, is basically an NFT Metaverse. Using Trilium, the game’s own token, you can vote in planetary elections and contribute to the power of planets.