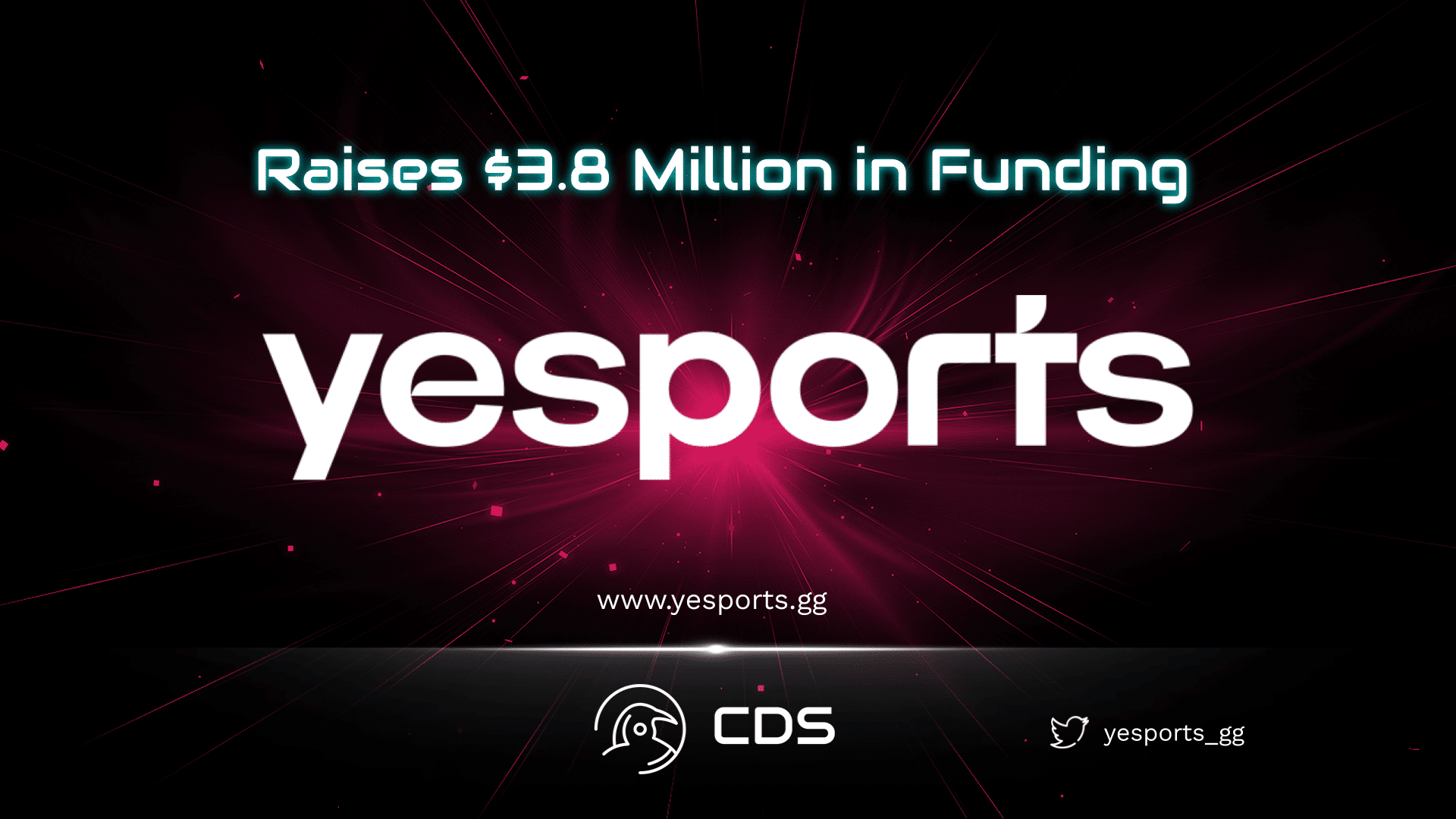 Yesports, the largest web3 platform in the world today, has raised funds from the largest Web3 Venture Capitals. The total financing of the platform so far has reached $ 6 million.

The strategic financing round managed under the leadership of Spartan Capital was successfully completed. It added another $3.8 million ahead of the initial DEX (decentralized exchange) offering. The latest funding round was led by leading Web3 Ventures Capitals such as Spartan Capital, Tess Capital, NGC Ventures, Jsquare, Rising Capital and BR Capital.

Yesports is building the Web3 Engagement Platform (W3EP) with the goal of connecting more than 500 million global esports fans to the Web3 world. The platform allows users to access exclusive content, community initiatives, team memberships, products and more by buying or holding NFTs.

Yesports recently launched its first product as a service, the B2B platform customizable NFT membership solution, empowering esports teams to create their own memberships with benefits and experiences for specific fans in a few clicks. Most of the funds raised will be devoted to recruiting new highly qualified personnel, developing initiatives to improve Yesports’ infrastructure, and expanding e-sports team partnerships around the world.

“This latest funding round provides us with the opportunity to develop platform technology and further expand our reach. The continued support of leading investors shows a high belief in connecting more than 500 million esports fans to the Web3 world in the future, and we are here to realize this vision.”

Over the past months, Yesports has worked with some of the most prominent esports teams, including Talon Esports, Falcon Andilex, Renegades, Team Empire and more. The latest partnership of Yesports was signed with Infinity, the 2021 Liga Latinoamérica (Latin American League) champion, at the beginning of July.

In January, Yesports raised $2.25 million in a seed funding round from leading crypto investors, including Polygon Studios, Alphabet, Cosmos, Kernel Ventures, Mosaic Capital and NGC Ventures. In the most recent round, YeSports raised a total of $6.05 million in funding over 2 rounds.

What is Gods Unchained?