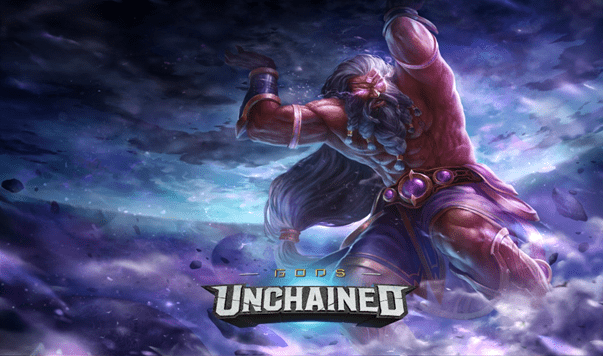 Gods unchained is an online strategy card game based on the Ethereum network, the founder of which are James and Robbie Ferguson. In the game, which launched its first card sale in 2018, players can create their own decks to determine their battle strategies and at the same time enter into battle with other players.

Players can exchange GODS tokens or other in-game assets for GODS tokens through the immutable X NFT Marketplace.

The GODS token is also an ERC-20 based token of the Gods unchained game. With the GODS tokens you have, you can generate NFTs in the GODS world, perform in-game purchases and sales, and at the same time be eligible to earn rewards by staking your tokens. It is also included in Immutable X, a Web2 solution that resets gas fees on the GODS Ethereum network. In other words, the transactions you will make with GODS, including in-game transactions, will not have to pay high gas fees.

A great value supported by game developers and gamers is the idea that playing the game gives you an asset. This concept can be seen in the developers‘ thoughts on making ’Genesis cards’ scarce and in new attempts to limit the supply of core cards.

In fact, if you look at it, Gods Unchained is built on the classic game mechanics made famous by ‘Magic the Gathering and Hearthstone’.

The game also supports a wide variety of possible matches by giving each player the option of ‘4 Special god powers’ at the beginning of each match. (There are six gods to play with in the game, and each god can use one of the four powers).

As a short note about the game to talk about I have added a new feature called an innovation, the sanctum, the game before the players included in the stack of non-adds a new card directly in the game that allows you to take a different element, increase the complexity of this feature, and players is one of the recent additions to add a little more originality.

GODS Unchained supports Ethereum wallets such as Metamask. When you register with GODS, the game file is automatically downloaded to your computer, in addition, GODS is not a browser game, you need to download the game launcher file to your computer. After installing the game, you should connect your wallet to the ‘GODS and Immutable X’ game.