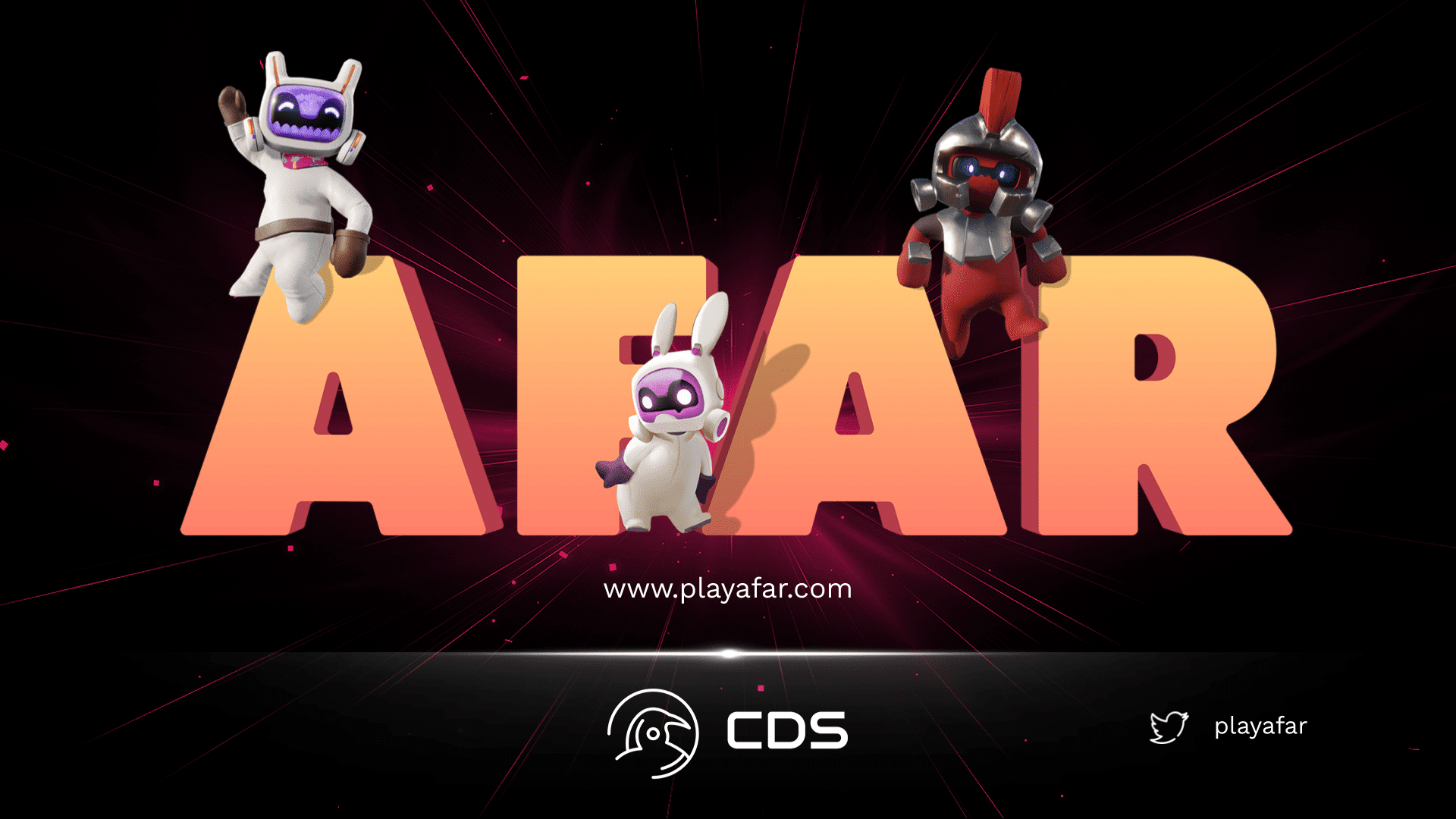 Afar is a metaverse full of fun and adventures for you to explore the universe, compete and make friends. The game’s story takes place in a distant galaxy where a group of brave heroes compete  in a galactic tournament that rewards the winning AFARian.

Afar was developed by Lava Labs with the goal of unifying blockchain games through fun in-game features for gamers by creating games that appeal to both traditional video game players and blockchain gamers. The vision of the project team, which aims to create a sustainable long-term ecosystem by blending the basics of Web 3.0 with traditional gaming: to create a WEB 3.0 platform that preserves the principles they have set in more than one game.

Within the Afar universe, there are 4 games called Afar games. These are;

It is a “level-based platform shooter game” in which players race, shoot and platform over rounds collecting points while racing to the finish line. When the rounds are over, the player with the highest total score wins.

It is a Build-to-Win blockchain-based mining game in which players use mining mechanics and upgrade systems to earn resource and NFT rewards.

It is a trading-based game in which players transport resources and travel through the universe to build their space merchant empire.

It acts as a link between games in the AFAR universe.

The game developers plan to release these games, respectively, as the Afar ecosystem develops.

If we examine the Planet Afar, the area where the Mining Game takes place and the Social Hub Planet it is positioned in the center. There are also two types of land on the planet. These are ; AFAR land and Resource land. The Mining Game can be played on both types of land. As players explore the planet, they can purchase a limited amount of NFT Resource Land plots, as well as build mining camps to harvest the Planet’s resources.

Torus and the Marketplace revolve around the Planet where the PvP Game and the Spaceship Game take place.

Torus is a huge spaceship in which the AFAR PvP Game takes place. The Torus can host different levels. Additionally, Torus uses Social Hub teleport pads for the pre-game and post-game room.

The Marketplace is where trade and space commerce take place.

AFAR: The PvP Game takes place on the Torus, a huge spaceship designed to host competitions. Players will race 4 laps to the finish line, platforming and hitting other players. After playing all 4 rounds, the players with the highest total Victory Points will win. Earning more victory points from opponents will earn players XP, increase season pass levels, and earn rewards.

The Mining Game is a base defense game in which players can build buildings to collect resources from the Planet. Resources are used to create defenses to protect Mining Camps from attacks.

All mining operations are conducted on the Planet, where players build Mining Camps on the Resource Terrain or AFAR Terrain. Players will earn XP by mining resources, which will allow them to earn cosmetics and other rewards from the Season Pass.

Resources are needed to upgrade and optimize Mining Camps. Better players can increase the rate of mining resources and earning XP. Players will also have to pay money to build defenses for their camp to fend off any attacks and continue mining.

The Social Hub is located in the center of the Planet and is a place where players can gather and have fun.It is the heart of the ecosystem that connects all the games in the AFAR universe. Players can participate in social activities, special events and showcase the cosmetics they have earned.

Players will gather at the Social Center before and after PvP matches. Additionally, players can dock their spaceships and participate in special events

The Spaceship Game is a trading based game where players transport resources and eggs to become the best space trader. Once players have acquired a Spaceship to play with, they must explore trade routes to make shipping and profit while maintaining and upgrading their ships.

The game will take place between the Marketplace, Torus, Social Center and Mining Decampments. Players must determine the optimal goods to buy and sell at each destination.

Players will be able to buy new ships to carry more resources in the cargo compartments and earn XP faster.

Seasons, new content, gameplay and events in AFAR are of fixed time length. Each Season comes with its own Season Pass. Special events will be held at the beginning and end of the season.

Players can earn XP by participating in special events. As players unlock levels with each season pass, scarce NFT items and rewards can be claimed.

The rewards received from the Season Passes will consist of:

The $TOKEN forms the basis of the single token model for governance within the AFAR Metaverse. The $TOKEN has a total supply of 1,000,000,000 and is the ERC-20 token.

The game developers did not want to use the $TOKEN only as an in-game token. They have created a model in which players can have the right to vote on important decisions for the Social Center and Treasury management by staking.

Within the game, the $TOKEN can be used to build, upgrade, unlock Eggs, and purchase Season Tickets.

$TOKEN as In-Game Currency is more than a governance token, it is essential for all activities within the ecosystem.

$TOKEN can be used for:

As can be seen in the photo above, Afar’s $TOKEN distribution is planned as follows ;

The Vesting program is;

When Afar ’s roadmap is examined, it is worth noting that the absence of targeted dates in the project ‘s roadmap is a major shortcoming. When we look at the road map afterwards, we observe that it consists of 5 parts. These five stages are as follows ;

Chapter 1: The Beginning of Time

Part 2: A Planet in Danger

Afar’s team consists of Lava Labs staff. Lava Labs consists of a highly experienced team of game developers operating in the EU and the UK.

Kaya Tilev has over 12 years of experience in the industry with a Bachelor’s degree in Mathematics and a Master’s degree from Stanford Business School.

Kaya Tilev is a multi-time founder who has previous leadership roles at Microsoft and has experience building and growing companies that exceed $100 million in valuation with the support of some of the most prominent backers in the industry.

Ed Morley has over 25 years of experience in the video games industry. He has worked in various game development categories in PC and console, game engine and middleware development, F2P and social/metaverse games.

Before Lava Labs, Ed spent seven years building a hugely successful social/metaverse game with more than 250 million player accounts and helping a company grow to a value of over £100 million.

VISIT OUR OTHER BLOGS : P2E, METAVERSE