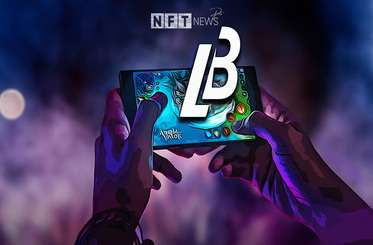 Based in Utah, the company called Limit Break was founded in August 2021 by Gabriel Leydon and Halbert Nakagawa.  Limit Break is a platform that develops web3 MMO games, it is inspired by a mode called limit break during battle, which has gained fame in RPG games such as the Final Fantasy series. The future mission of the platform is based on incorporating Web3 elements of free multiplayer mobile games.  Gabriel Leydon and Halbert Nakagawa the duo’s previous company, Machine Zone, was founded in 2008, and it can be said that this company is one of the pioneers of free-to-play mobile games, because their contribution to this market is undeniable.

Gabriel Leydon gave his resignation, saying that he wanted to deal with crypto coins 2018 August 2021 Halbert Nakagawa met with a founding partner of machine zone, and decided to develop a new business model and the current blockchain-based game Limit Break they began to lay the foundations of his project. This model is also called free-to-own because users can have NFTs for free.

Mobile game developer Limit Break has announced that it has raised $200 million in a total of two funding rounds. Investors were led by Josh Buckley, chairman of Mino Games, and investment firms paradigm and Standard Crypto. Limit Break is not the only blockchain-based mobile gaming company that has managed to receive investments this year, MetaverseGo announced earlier this month that it had received an investment of $ 4.2 million. In May 2022, the N3TWORK Studios and InfiniGods he was brought up with investment news. DigidDaigaku Limit Break with NFT collection, FTX, Coinbase Ventures, Anthos Capital. It also rose from investors such as SV Angel and Shervin Pishevar. ‘We have the perfect partners and the perfect investors to take the gaming industry into a new era,’ Leydon said.

Nakagawa and Leydon are known for their eye-popping commercials featuring celebrities like Arnold Schwarzennger, Mariah Carey, and Kate Upton, and for setting up Machine Zones and #1-grossing games like Game of War, Mobile Strike and Financial Fantasy XV: A NEW Empire. As I mentioned in my post, Leydon and Nakagawa are known as pioneers of ‘free-to-play’ games, but it looks like they’re taking a whole new spin with Limit Break.

The DigiDaigaku NFT collection, the first work of Limit Break, was offered to the public completely free of charge. Limit Break expects ‘Free-mint-games’ to replace the IPO-style fundraising that dominates the NFT space in 2021 and allow prospective game creators to sell parts of ‘play-to-earn’ games for hundreds of millions of dollars in the future.

‘People talk about Web3 games as a futuristic inevitability,’ says Leydon, ‘not that it requires people to design and build the game properly. And these people are working on Limit Break,‘ he adds.

Wildxyz Raises $7M in Seed Round