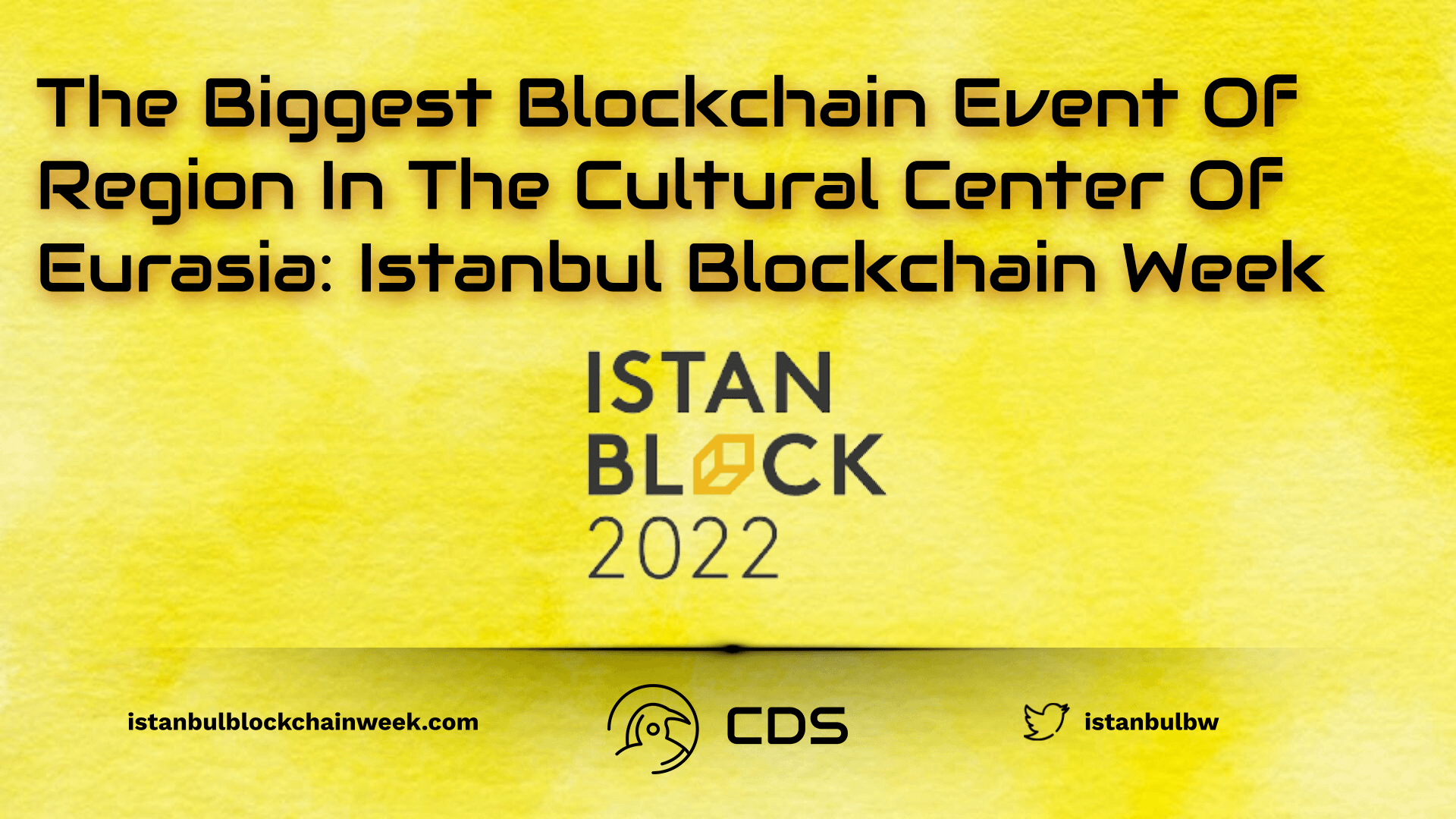 Istanbul Blockchain Week, the biggest event related to Web3 and digital assets in the Eurasia region, invites different cultures from all over the world to meet under its roof between 14-17 November! The event, which will start with NFT Day on November 14, will continue with the main event Istanblock and will end with the Web3 Esports tournament. The event will be hosted by Hilton Bomonti Hotel.

NFT Day, which will be a one-day special event where the numerous opportunities NFTs offer to both businesses and content creators, will start with the speech of Erhan Korhalliler, the founding partner of IBW and EAK Digital. The panels and events will focus on the role of NFTs in the metaverse, how NFTs will change the future of ownership, and how to identify the best projects. Sebastien Borget, co-founder and COO of The Sandbox, a world-famous Etherium-based gaming platform, will give a speech on moving the Web3 gaming world to the future at the event, where the unknown realities of the NFT and Web3 world will also be discussed. Borget will also attend another session, which will be in a question/answer format. Among the other participants who will speak at the NFT Day; Deniz Özgür, co-founder of Space Runner NFT, Ayesha Mubarak, co-founder of Creative Director Metavisionaries, Mickey Amami, CMO of SWAGGA.io, and Zia Word, co-founder of Matterblock, of which Erhan Korhalliler is also a founding partner, have proven themselves in their field.

After the NFT Day event, a VIP Dinner event, where warmer connections can be made, B2B meetings can be held with speakers and other VIP participants, and developments, innovations and policies in the ecosystem can be discussed in privacy, will be held at the Hilton Bomonti Hotel at 20:00 in the evening.

Istanblock, the main event of Istanbul Blockchain Week, will start on November 15. The event, where famous names in the Web3 field will attend as speakers, will feature unique workshops, a network area where new connections can be easily established, VIP dinners, an official after-party and much more.

DAO-related sessions will be the majority of the panels on the second day of the event. On the day where the place and importance of women in Blockchain technology will be emphasized, important figures such as Gotbit’s founder and CEO Alexey Andryunin, Vodafone Blockchain chief David Palmer, Durugoru Consultancy founder Dr Çağla Gül Şenkardeş, Nym Technologies COO Alexis Roussel will make speeches. Important figures such as Çağla Gül Şenkardeş, Nym Technologies’ Chief Operating Officer Alexis Roussel will make speeches. There will be four different workshops on the same day. In these workshops, clearing transactions on decentralized exchanges, crypto derivative transactions, creating tokens from scratch and writing your blockchain will be discussed. At the end of the busy event, participants will have the opportunity to relax at the after-party, where the world’s best DJs will take the stage.

The W3E e-Sports Tournament will be held on the last day of Istanbul Blockchain Week on November 17 at the ESA Esports Arena. In the event, which is the world’s first live Web3 e-Sports Tournament, where e-Sports teams consisting of the best players from Europe and Turkey will take part in the tournament, a prize pool of 15 thousand dollars awaits the competitors.

The event will feature game introductions, special announcements from developers, demo tests and an exciting competition in one of the most popular Web3 games in the world. The W3E will be led by Damian Bartlett, a former member of the FaZe Clan, and Thang Phan, Marketing Strategist.

The event, in which EV.io is the league partner and the leading game of the tournament, will also host the world’s first Web3 game fair. Participants will have the opportunity to see developing projects and test upcoming Web3, blockchain and e-Sports games. In the event where many names, opinion leaders and investors from the gaming world will come together, in addition to network development, participants can try many games in the testing phase.

Erhan Korhalliler, CEO of EAK Digital, the organizer of the event, said the following words about the event:

“Istanbul Blockchain Week will be organized every year starting from this year and will continue in the following years. I sincerely believe that we will be able to make Istanbul Blockchain Week the best blockchain week event in the world in the coming years. As EAK Digital, we want to bring together the best companies building the Web3 space globally and the leading opinion leaders in the field in Turkey. Behind the scenes, we are working to bring ‘hackathons’ and other similar events with the largest first-tier blockchain in the sector to Turkey.  In addition, as part of the Istanbul Blockchain Week, we will launch the world’s first Web3 e-sports championship, the ‘W3E’, at a private esports arena in Maslak on November 17. The W3E will host professional esports teams competing for the first “W3E Trophy”, and the teams will compete in a popular game ‘ev.io’ in Solana. The championship will also host a Web3 game exhibition. At the exhibition, participants will be able to play their first Web3 games, compete with each other in the experience areas and have a much more Web3 gaming experience.“

We will be there too! As the Castrum.Istanbul family, we are one of the sponsor and participant partners of Istanbul Blockchain Week. Participants visiting the Castrum.Istanbul stand at the event will have the opportunity to try our metaverse with unique cosplays, participate in competitions with prize pools, have the opportunity to fully grasp the basic dynamics of our formation, and have the chance to meet with authors and influencers from the Cryptodataspace team. You can follow the news about the event before, during and after the event from our website.

The Biggest Gaming Event in the…

Interviews with Mohammed Issa and Saif…