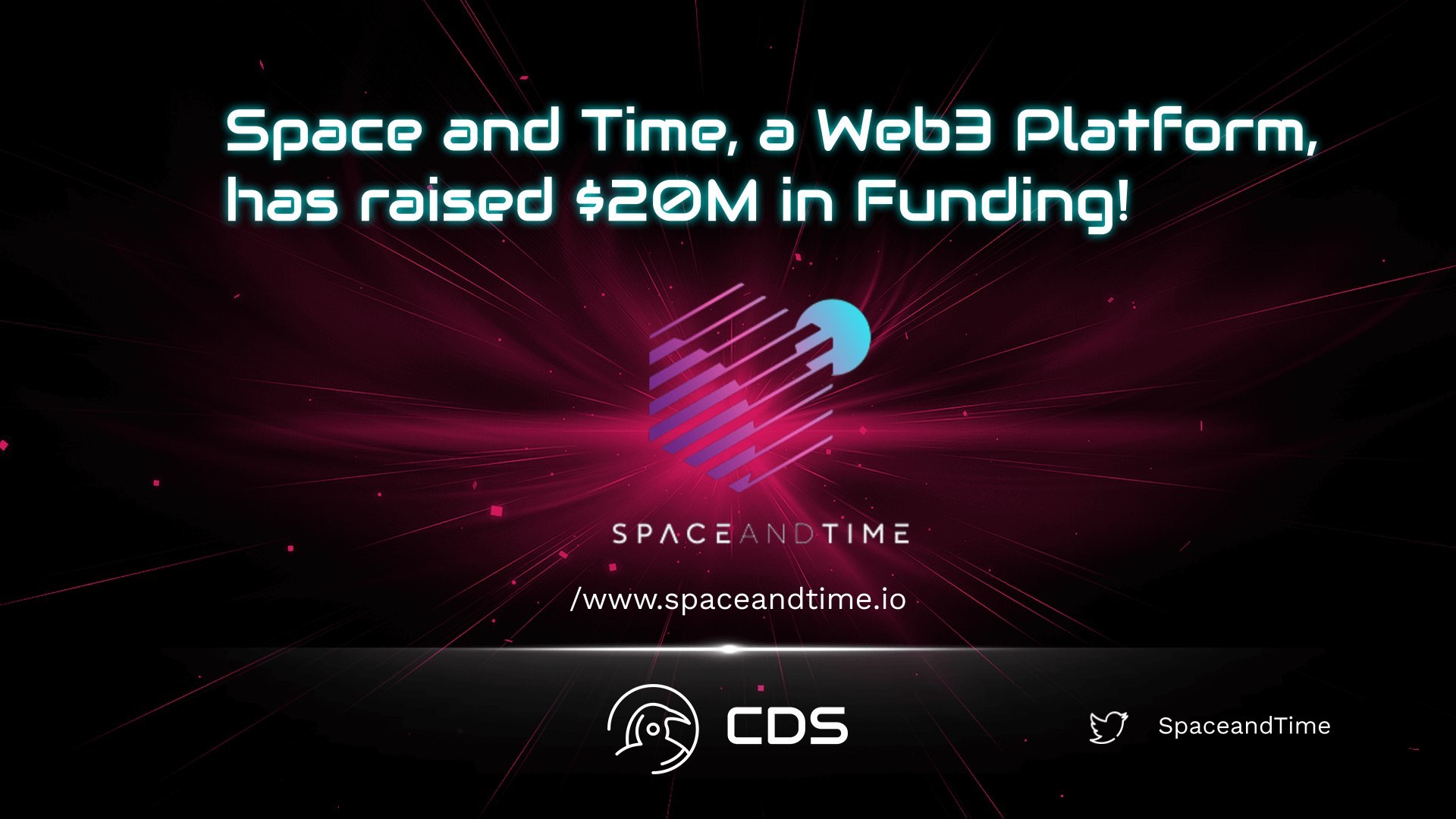 Space and Time, a decentralized data platform, has raised $ 20 million in a strategic investment round to help businesses grow through smart contract technology.

About Space and Time

Space and Time is a decentralized data platform. Its mission is set to make smart contracts smarter. The platform is part of the Startup with Chainlink program and works with the Oracle network to expand the capabilities of smart contracts so blockchain developers can build multi-chain dApps with the help of low-cost, decentralized analytical insights.

It will use “SQL Proof” encryption to allow Space and Time’s business logic in traditional centralized systems to be automated and connected directly to smart contracts. It will also integrate with Microsoft Azure to provide users with an on-ramp platform where they can access and use blockchain data.

“With the total addressable market for trust-minimized applications in the trillions of dollars, providing core infrastructure to Web3 developers is crucial for scaling and meeting this global demand,” Sergey Nazarov, co-founder of Chainlink

“If you think about it, the global digital transformation was led by Microsoft. They have been doing this for decades — driving automation of business logic and business transformation — so we look at this as an exciting time to expand on that and include blockchain operations and smart contracts in addition to what already exists in centralized databases today.” Nate Holiday, co-founder and CEO of Space and Time

WHAT IS THE LUABASE PROJECT?