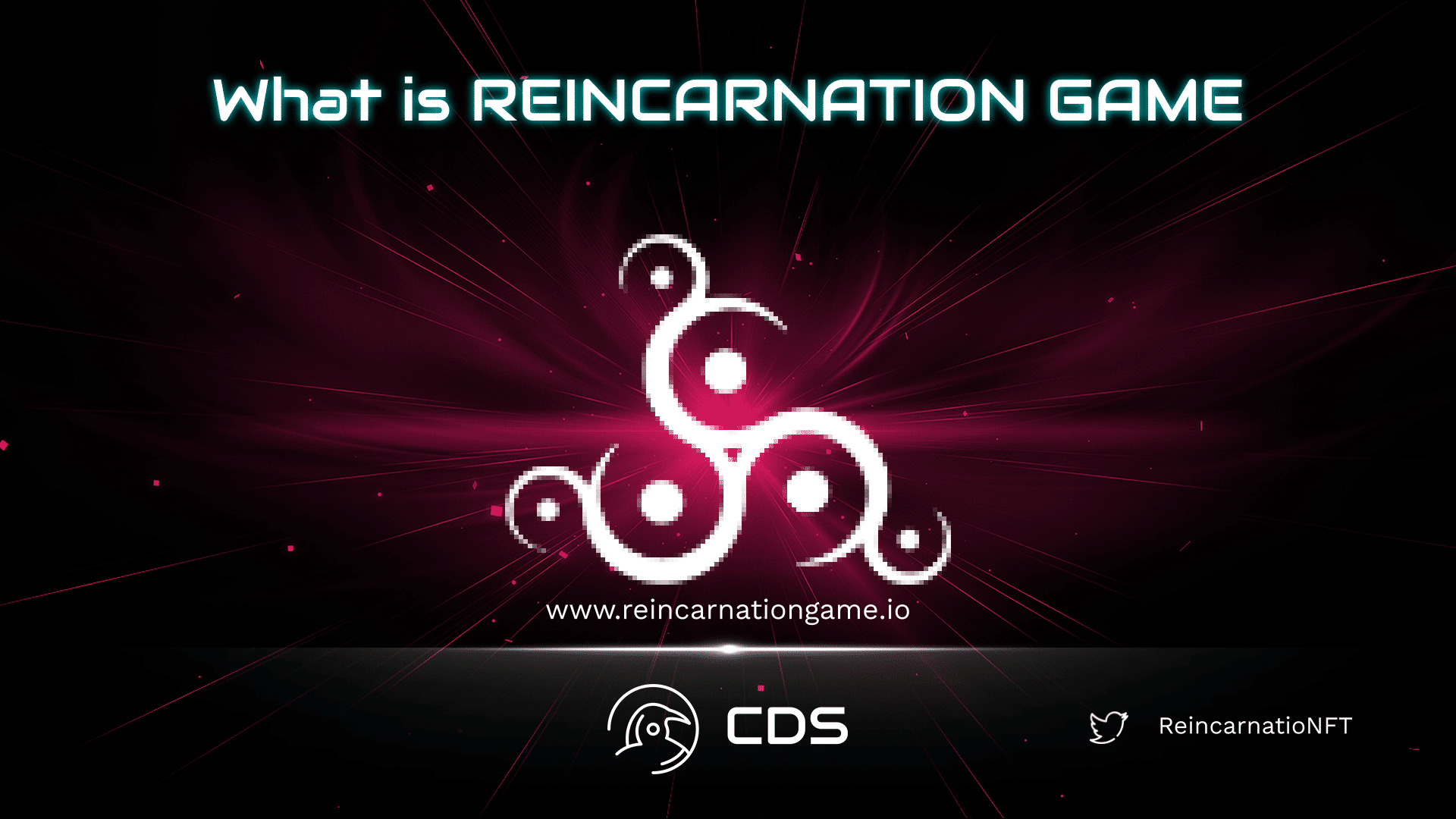 Reincarnation is a game developed by the Turkish game company Yin Yang Games. It was developed as an NFT-based, play-and-win, rogue-like, turn-based RPG (Role-playing games) card game on the Binance Smart Chain Network. Its goal is to be different from its competitors and not just to create a decentralized financial model. The Reincarnation team wanted to create a blockchain game with a medieval/fantasy theme that is both sustainable and engaging. Players can earn income by participating and contributing to the ecosystem. To earn in-game tokens, you can use the materials you obtained in the Metaverse, fight monsters and create NFTs for your character. If you want, you can also climb the Reeencarnation Dungeon together with your friends to restore the balance of the Reincarnation Metaverse while creating your battle deck.

There are 115 unique 3D character models from 3 different human tribes and 16 unique NPCs (non-player characters) who play a critical role in Reincarnation lore. The human collection will have 8000 NFT characters with randomly generated statistics, which will be categorized in 6 different rarity levels.

*** Players can choose their class regardless of the rarity or tribe of the character they have.

*** Players can choose their class regardless of the type or tribe of the character they have.

There are 12 different types of weapons in Reincarnation. Players can use any type of weapon, although some weapons are more suitable for certain classes.

Plate, leather, cloth, and pelt are the four types of armor available. The type of armor you will wear is determined by your class.

Reincarnation features MMORPG-style character development, although there are six rarity levels for the characters. Wearing heavy armor, getting better weapons, or just playing and leveling up your character are all ways to strengthen your character.

The developers of Reincarnation state that the game will achieve its main goal with the help of its active community and dedicated team. They believe that the key to a successful game is a lively and active community. The bottom line is to involve the gaming community in the creation of the story and give back to the community as much as possible.

In Reincarnation, various income methods have been created in-game.  However, game developers still think that players will focus on “Play and Win” throughout their experience. There are three main game mechanics for players. They are planning to make adjustments to their revenue methods to keep the community alive and provide diversity to the players.

Each player starts the game by assembling a deck containing at least 10 different NFT cards. The many enemies and obstacles that players encounter along the route provide them with different cards. The goal is to defeat the monsters they encounter while traveling on the map by developing a strategy. The player must develop and put into practice an appropriate offensive or defensive strategy according to the cards in his hand. Players receive rewards or power-ups at the end of the game, which vary depending on how far they have traveled on the map. This mechanic will only appear in the main game of Reincarnation; it will not appear in the Reincarnation Lite game.

Each profession has its own version of the NFT tool. Any profession can be used to gain experience for the player. When a player accumulates enough experience, he can pay an upgrade fee to improve the NFT tool.

It consists of 2 parts: Professions, Collecting and Crafting.

There are 3 collecting professions in reincarnation; mining, herbalism, exploration. Some important notes for the Collection System:

Explore: Send your character into the wild in search of crystals

There are 3 craftsman professions in reincarnation. Players produce NFT items with resources they farm or buy from the market.

Some important notes for the Crafting System:

Earnings and Expenses of the Crafting system:

Craft Enchanting Talismans, use them for weapons, armor, temporary power-ups for characters. Related to discovering

Some important notes for Adventure Mode:

Market is the core of this game. The goal is to turn the market in the game into a commodity market. Since each profession has its own leveling mechanism, some players in a particular profession will be better than others. Character development and progression will be varied due to the various classes, weapons and armor available. This will encourage players to trade on the market, because a player has assets that he does not need, or lacks some assets that he cannot farm as effectively as other players.

As can be seen, we can say that the Reincarnation Project, which has been determined as a roadmap, is still at the beginning of the road. As of today’s date, the 3rd quarter of the year 2022. . The project was implemented in the previous quarter. Until this period, the promised Reincarnation Human collection NFT catalog has been sold. In the same way, the $YYT Token was launched and Seed, Private rounds were also held. Depending on the roadmap of the project, we will share updates and developments with you in our new articles in the future.

When we look at the team of the game, we see that it is usually a squad of young people. Based on this, we can say that the team will be exciting and dynamic. The team of the Reincarnation Game also consists of the Yin Yang Games family of Game Companies. Yin Yang Games is a Turkish game company. When we examine Turkish gaming companies in a general perspective, they have recently received momentum in the direction of growth and development. They have received and are still receiving outstanding investments around the world.

The Reincarnation token ($YYT) is built on the Binance Smart Chain network, which is one of the fastest and most easily accessible smart contract platforms.

If we look at the Tokenomics strategy of Reincarnation developers; First of all, it is reassuring that 15% of the Total Supply is in the Liquidity pool. Game developers have allocated a budget for marketing at the same rate as the liquidity pool. Based on this, we can say that they have a big marketing planning. Although it is good to keep the department allocated for marketing locked for a period of 3 months, if the targeted results are not achieved in the marketing plan, they will have to regularly struggle with sales pressure for 24 months after 3 months. Another striking thing is that the part allocated to the team is again with the same liquidity pool and at the same rate as marketing. If game developers can get an active community as a result of following a large and correct marketing strategy, they will overcome them.

It is worth saying that the Reincarnation Project remains weak from the situation of partnerships. Of course, there will definitely be new partnerships in the coming period, because it is a new project yet. Let’s briefly talk about their partners ;

Babylons is the NFT Platform that many of us also know.

Colony is a Fenerbahce and Besiktas football teams such as a tokenomics designer who has worked with.

VISIT OUR OTHER BLOGS : P2E,NFT GAMES