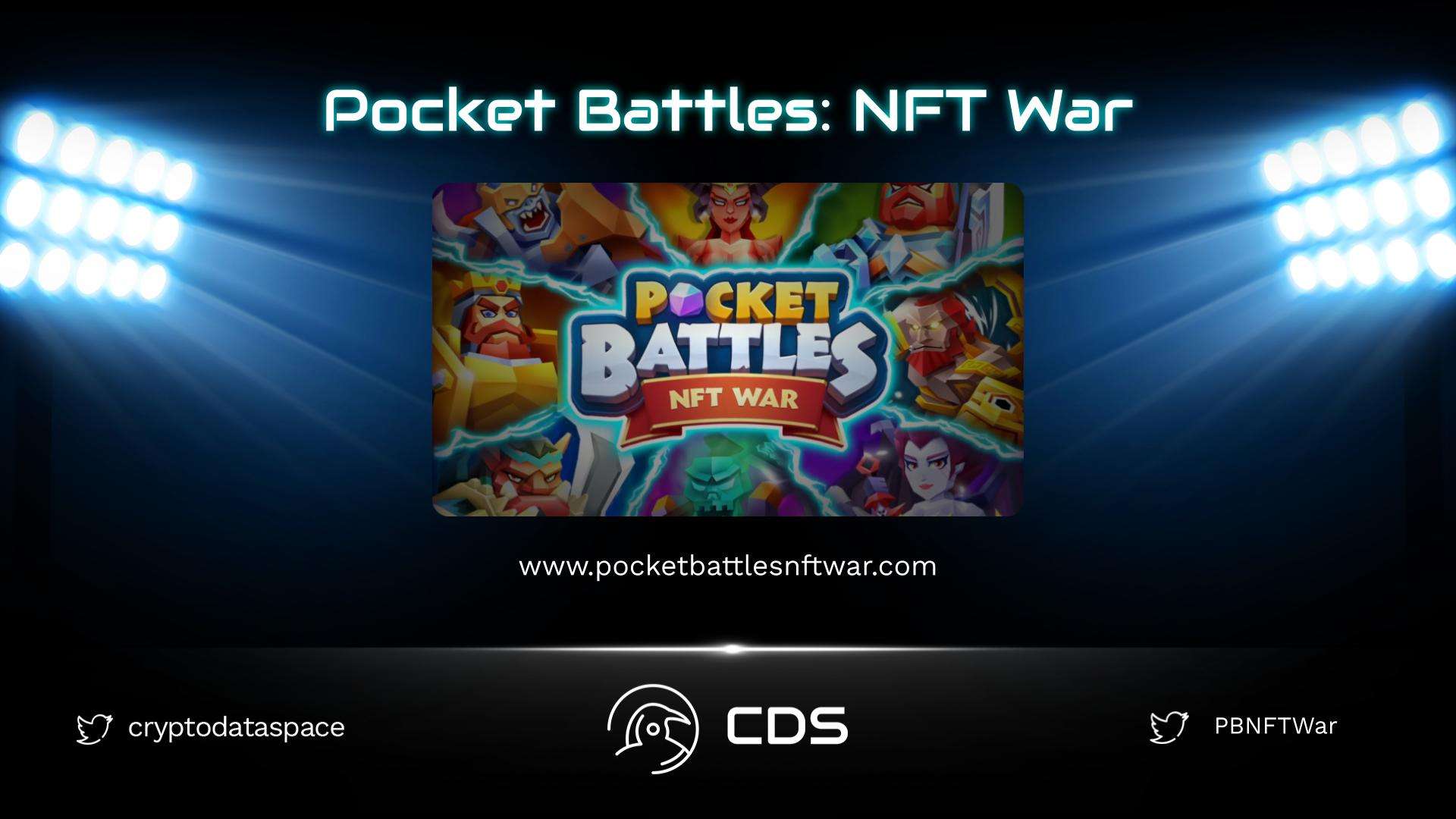 Pocket Battles: NFT War is a P2E game developed by M2Zen and published by ME2ON, mainly based on strategy. There are ways to earn income more than one in the game. You can earn income from in-game daily tasks or by trading NFTs. You can download and play the game for free on Google Play Store, App Store, or as Apk.

To play the game, you must first connect your Metamask wallet. In Pocket Battles: NFT War, players are greeted by regular heroes, NFT heroes and soldiers found in the game. Players can join the battle by organizing their army of 12 hero NFTs, 19 heroes and 39 soldiers according to their own strategy before joining the battle.

Pocket Battles: NFT War heroes consist of 4 different races. These races, which are called human, beast, divine and immortal, are also divided according to their rarity levels within themselves. According to the rarity levels of the heroes, their qualities and skills also increase. If players have 2 of the same hero, players can combine these heroes and raise their level. These heroes can be upgraded up to level 10.

Before the war, everyone has an equal number of heroes. But the levels and rarities of these heroes play a big role in the battle. It is also possible to earn Pocket Stones if you rank high in the weekly ranking in the arenas. The game consists of a league system in itself. In the leagues, trophies won in battle play an important role. If the trophies you have in the game are less than 2000, you can compete in the Elite league, and if more than 2000, you can compete in the masters league. You can fight against other players up to 10 times a day and win trophies. If you are ranked between 1 and 100 in the weekly ranking in the Masters league, you can have Pocket Stone rewards determined according to your rank. Trophies you have will be reset weekly and the race will start again. In addition, players can participate in the Pocket Championship tournament, which is held every 3 months, and have a grand prize of 5 million MEV.

There is a Pocket Stone (PKS) reward system for players, which is an in-game currency. To earn these PKS, players can perform tasks in daily quests and raise their trophies by participating in battles in the union of masters. You can also have access to the chance to win Pocket Stones by participating in the Pocket Championship tournament organized in the game. However, you must have at least 1 NFT Hero to participate in this tournament. Then you can swap the Pocket Stones you earn for Pocket Token (PKT), which is the out-of-game currency, via MEVerse DEX. You pay a fee as small as 1% per swap.

When we look at the Pocket Battles: NFT War Roadmap, we see that everything that has been targeted so far has been done. Of course, they will have new goals in the coming days.

Pocket Battles: NFT War is a P2E game where you can get daily or weekly earnings, if you want, you can also participate in tournaments such as the Pocket Championship, which takes place every 3 months. You can visit www.pocketbattlesnftwar.com for more information about this strategy game that entertains while playing and earns while entertaining.

Bitquery Raises $8.5M in Seed Round…