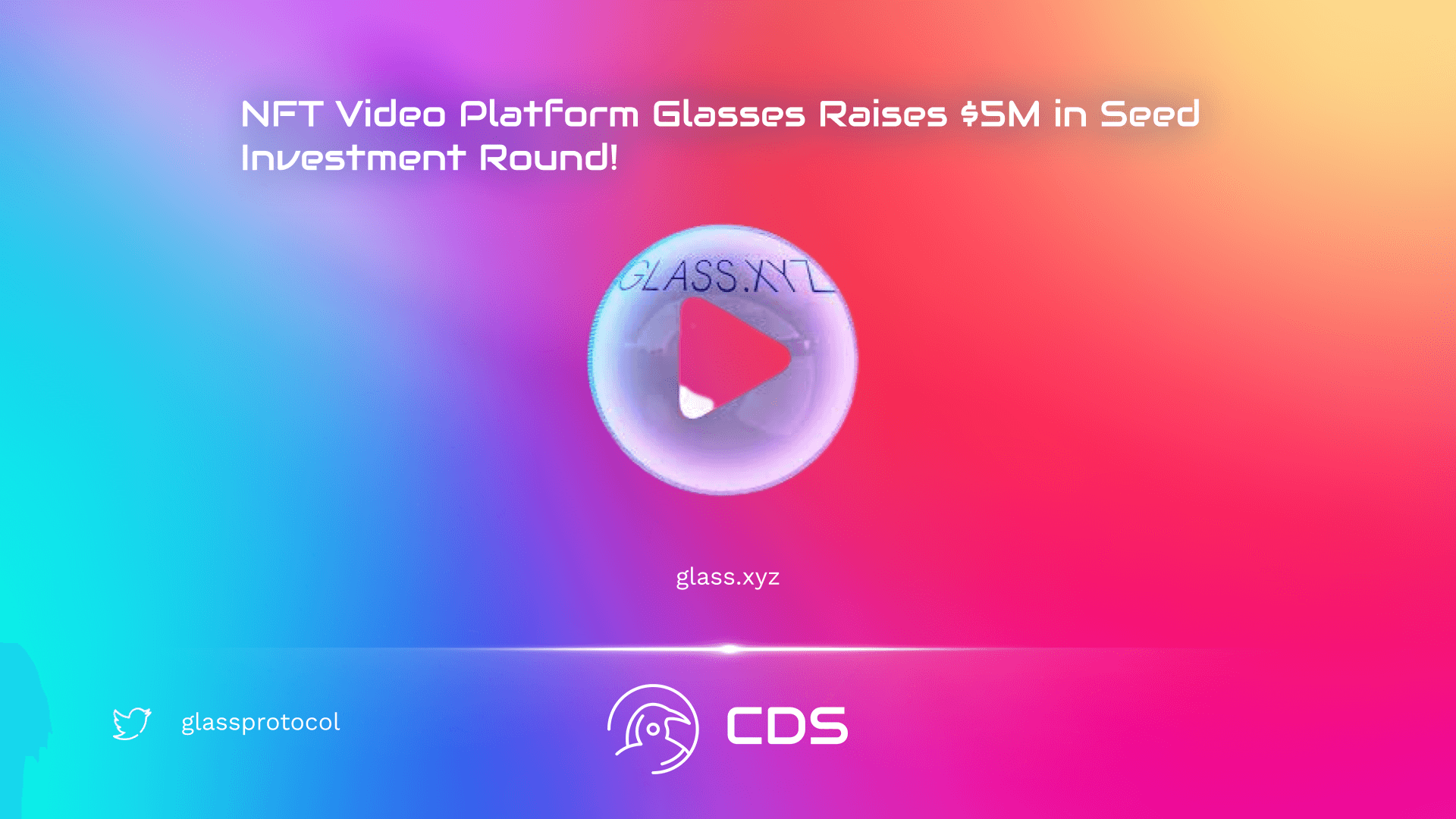 Glass, an NFT video platform that allows content producers to make NFT videos and earn money, completed its seed investment round with $5M. The investment round was jointly led by TCG Crypto, a large crypto investment fund within the Chernin Group, and 1kx, a crypto fund for seed projects.

So what is the significance of this investment round? For the first time, a video-first NFT platform has received investment from TCG Crypto, which has raised $ 120 million to revive the Web3 ecosystem.

Currently, major video platforms like YouTube and TikTok only pay content creators a portion of their ad revenues which their videos generate based on views. Glass’ model will allow viewers to determine the monetary value of a video based on its quality.

The initial model of Glass will allow users to purchase videos as an NFT. Users will be able to add free-to-watch videos to their NFT collections.

The company switched its interface from Ethereum to Solana. Glass works with a total of 120 content producers, the majority of whom are in the music video industry.

A secondary market place was established on the Glass platform so that users could buy and sell NFTs on the interface they use to watch videos on Glass.

Creator profiles have been added on the platform so that viewers can see which videos they are paying for and how much this investment has grown.

“We believe creators will now have a platform to build a direct connection with their closest fans in ways that differ from Instagram, YouTube and other vulnerable video mediums,” said Jarrod Dicker, partner at TCG Crypto.

“It hopes to expand its creator portfolio to include more blogger videos in the coming months, as bloggers tend to post consistently and have loyal video communities,” Varun Iyer, co-founder of Glass, stated.

WHAT IS A LIMIT BREAK?

Space and Time, a Web3 Platform,…