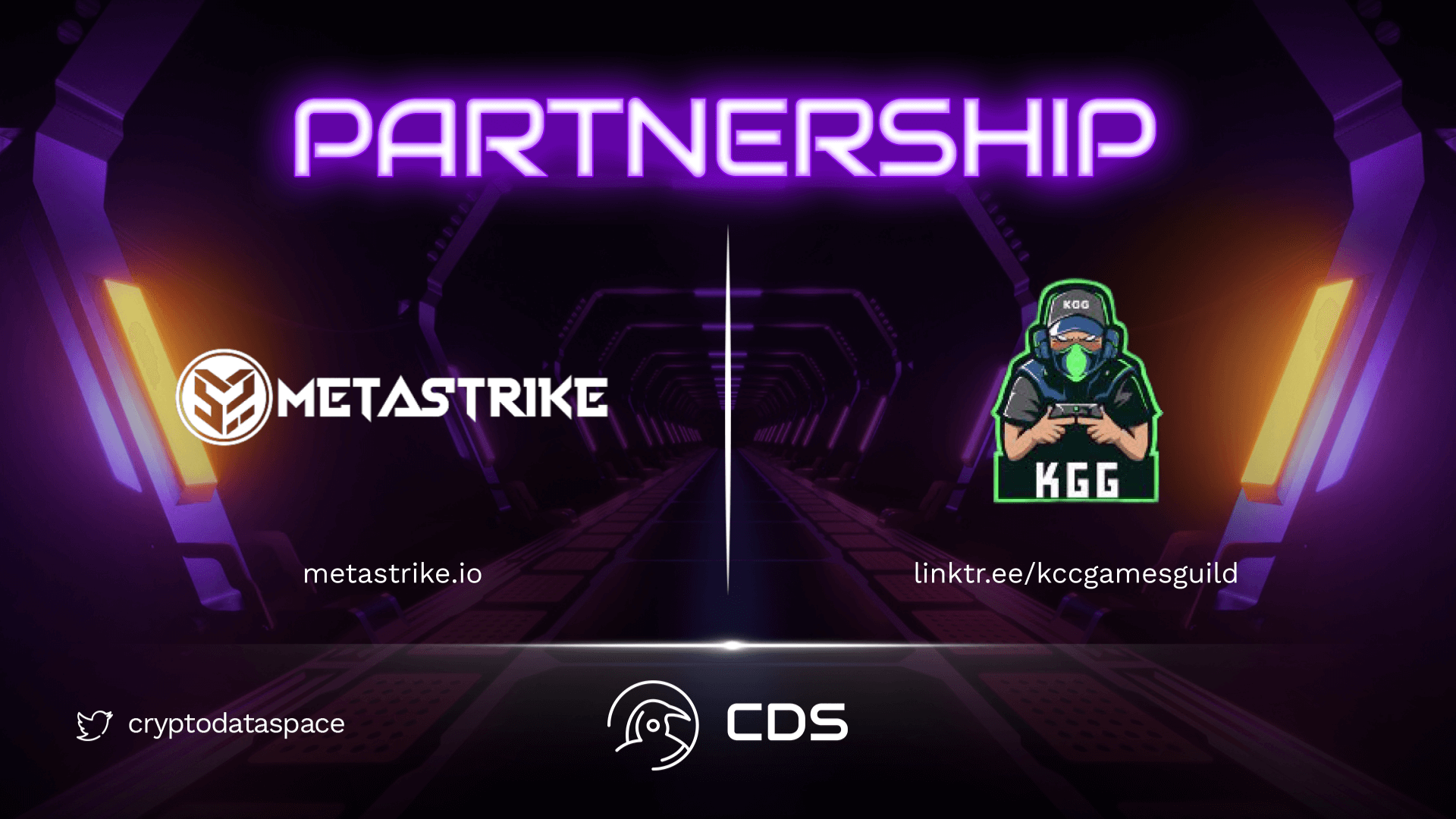 Metastrike, the first of its kind, a blockchain FPS shooting game, has announced that they have reached a partnership agreement with KCC Games Guild.

It was reported that the basis of this partnership agreement is based on a common vision and mission, such as increasing the chances of Metastrike players to become E-sports players, reducing entry barriers for new players. This partnership will strengthen both sides and support Metastrike’s position in the blockchain network.

KGG (KCC Games Guild) is a blockchain-based multi-chain gaming community that aims to transport Web2 gamers to the Web3 world and create a unique experience filled with rewards for KGG community members, in addition to creating employment.

Metastrike and the KCC Games Guild will hold weekly gaming events and tournaments to promote the interaction of the KGG community with Metastrike.

This partnership aims to grow the player community both through the game’s market and through ever-increasing joint work.

KGG (KCC Games Guild) is a blockchain-based multi-chain gaming community that aims to transport Web2 gamers to the Web3 world and create a unique experience filled with rewards for KGG community members, in addition to creating employment. They help each player to earn money by playing games. KGG imagines a future where gaming is really a business and players are considered people who make serious money.

Metastrike is an FPS Multiplayer Blockchain Game project that incorporates modern gameplay, has many basic and advanced features of a shooting game. Since Metastrike is a blockchain game, players can exchange various items on the chain. This is quite familiar for players who trade items or weapons in traditional games, but thanks to blockchain technology, it is completely transparent and reliable.

Fringe Finance Announces it will Integrate…