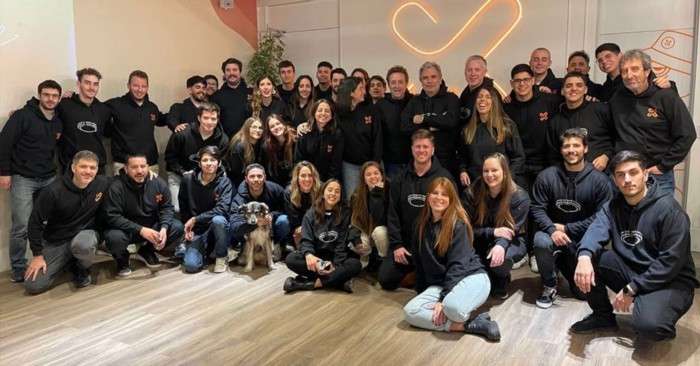 The leading platform for tokenization of assets and blockchain payouts in Latam is celebrating 7 years in the crypto ecosystem with this fund with a successful investment round that will allow it to continue growing in the region. Also in December, it will launch a platform that will allow developers to create blockchain financial products with this technology.

Koinbanx is a company that holds the leading position in the tokenization of payouts of Blockchain assets in Latin America. In addition, it is celebrating its seventh anniversary at the same time that it has raised $ 22 million in the series A investment round. It expects the beta version of the first developer-oriented end-user product to be released in December.

Participants in the Series A Investment Round;

The investment round was led by Algorand Inc and involved the participation of strategic funds from the sector and the market, such as Borderless Capital, venture capital firm Kalonia Venture Partners, Mexican early stage fund G2, Central American Venture Capital Fund. Innogen Capital and Martin Kaplan (CEO of the largest credit/debit card processing company in Argentina), Diego Gutiérrez Zaldívar (Founder and CEO of IOV Labs) and a group of unionized senior executives from the banking and crypto industry, such as Mr. Silvio Micali (founder of Algorand).

“Koinbanx will be used to continue providing the blockchain infrastructure and building the payment rails that enable traditional financial institutions to transform and expand their operations in Central America. It continues to be at the forefront of redefining the financial system in Latam. A blockchain-based financial system will inevitably result in faster, scalable and programmable financial products, providing access to a larger segment of the currently underserved population.”

Koinbanx plans to release the beta version of its first product for the first users in December 2022. It will be the first low-code platform that will allow any developer to create blockchain financial products without having to know how to program this technology.

What Features Will Become Available?

However, there are no records of a similar platform for the entire American continent.

Leo Elduayen stated that this product aims to help all developers in the region and around the world to develop their own products using the platform autonomously.

According to Koinbanx, this launch will be able to attract 10,000 developers building blockchain products by the end of 2023.

Koibanx currently allows financial institutions such as banks, fintechs, cooperatives, credit companies and others to tokenize their assets, take their assets to the blockchain, split them, enable them to use them as a means of paying and exchange them with each other. It is such that there is compliance with the protocols most relevant to cryptocurrencies.

Genki and Onto Wallet Partnership

An Autonomous subDAO-Based Infrastructure Proposal is…