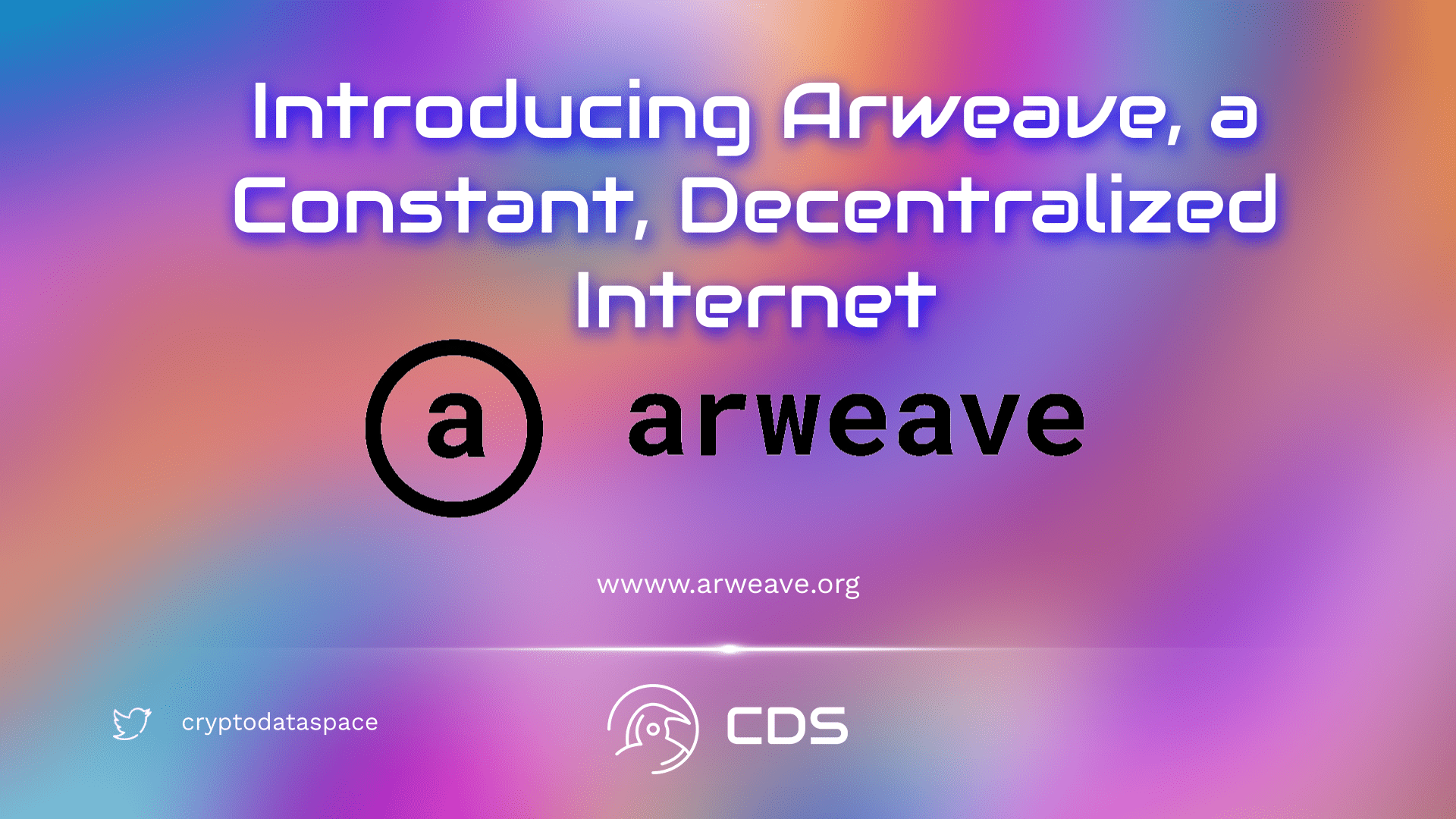 Information permanence is made sustainable through Arweave. With the use of a novel form of storage called Arweave, users and developers can now keep data indefinitely. This is the first time this has ever been possible.

Arweave, a community-owned hard drive that never forgets, enables us to recall and permanently save important data, apps, and history. In short, Arweave stops others from altering history by conserving it.

Built on block weave technology, Arweave is a data storage protocol. With its permaweb, a second layer that makes data accessible in a human-readable format, Arweave is creating an underlying network that will allow data to be stored indefinitely and accessed.

The Arweave blockchain’s native cryptocurrency, AR, has numerous applications inside the ecosystem. Over 55 million of the coins’ 66 million maximum supply launched in the genesis block with the opening of the Arweave mainnet in June 2018. More than 33 million AR tokens are in use as of this writing.

After being established in 2017 under the name Archain, the business changed its name to Arweave in 2018 as it finished the Techstars Berlin mentorship program. The goal of Arweave is to make affordable, long-term storage a reality. With the help of the Arweave network, a block-based data structure known as a “block weave,” the company hopes to achieve its objective.

The Arweave permaweb, a collection of data, websites, and apps that house the block weave, is supported by Arweave’s block weave. Modern web browsers like Brave or Google Chrome can access the permaweb since the Arweave protocol is based on the HTTP protocol.

In addition, the Arweave protocol enables people with extra hard drive space to store data in return for AR tokens, with the goal of storing data on the network forever. Arweave utilizes a formula to determine how much it will cost to store a specific piece of data and forecasts that storage costs will continue to decline. The yellow paper of Arweave contains all of the company’s presumptions.

In June 2018, the Arweave mainnet officially launched with 1800 carefully chosen participants from different nations. The Arweave team also held a restricted initial token sale before the launch for whitelisted people.

Arweave obtained a $5 million fundraising round from various venture capital firms in November 2019 in exchange for $5 in Arweave tokens. The Arweave team raised an additional $8.3 million in exchange for AR tokens six months later. However, following this round, the firm declared that it would encourage community acceptance and expansion with additional funding.

Arweave’s decentralized design aims to make information permanence affordable and scalable. The “permaweb,” a new web version where webpages and applications are permanently stored, and the provenance of content can be traced, is built on the protocol. In addition, the platform incentivizes data storage providers through its token, the Arweave token (AR). Arweave stands apart from the plethora of decentralized storage network alternatives already available thanks to the project’s distinctive block weave design, miner content control standards, and competition-based methodology.

Upland and The Meta Universe

Virtual Tourism and Time Travel are…