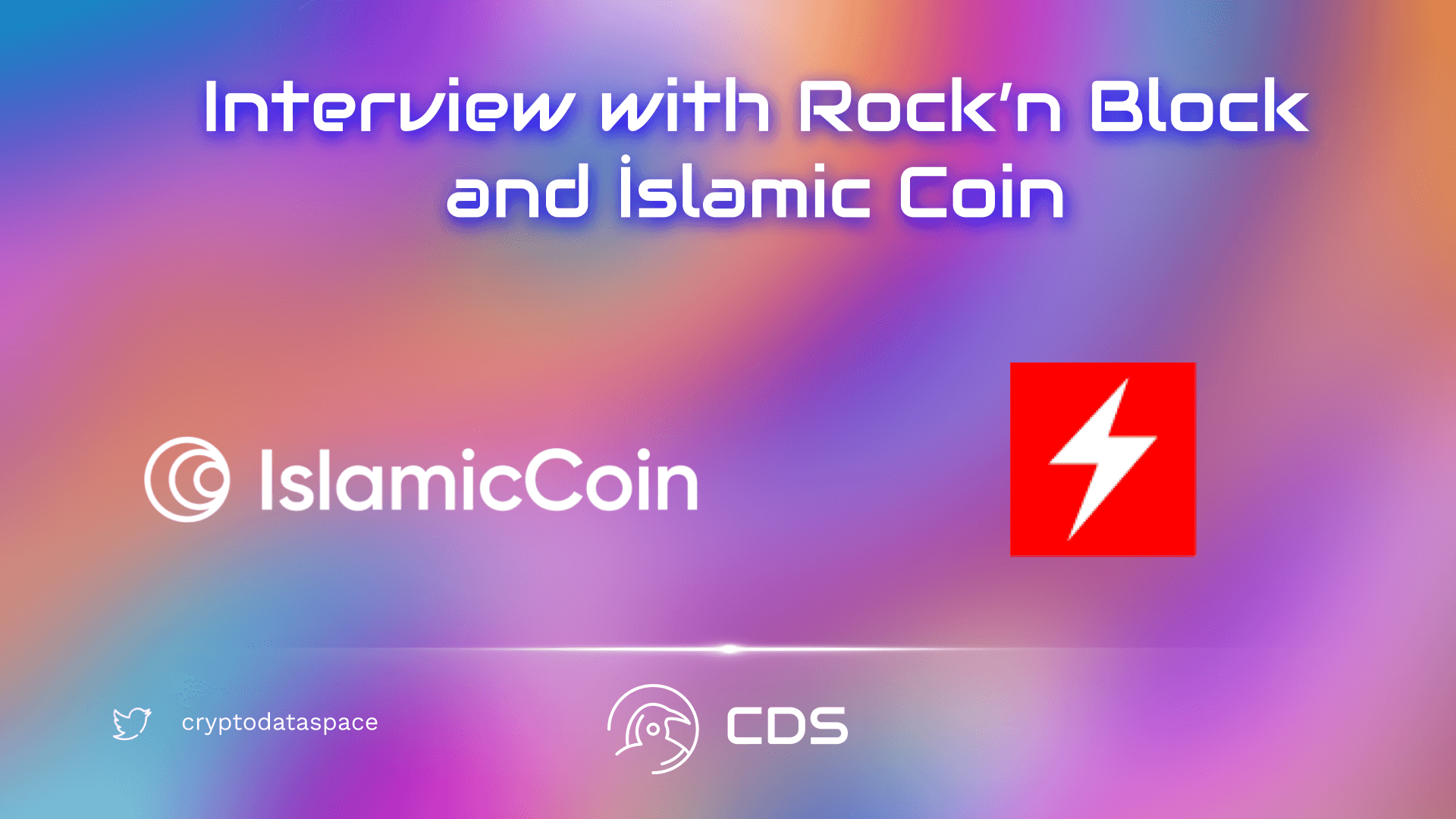 Rock’nBlock, a company founded in 2017 to help digital projects come to life, has become active by starting to develop smart contracts. Its mission is to provide comprehensive advice and guidance to businesses and software-based technologies new to the blockchain ecosystem. The team has experience in blockchain development in the following areas:

The Rock’nBlock team consists of experts with more than 15 years of experience in the global IT market. The staff, which was 15 people at the beginning of 2021, has now reached 50 people. It seems that the company’s growth rate will not slow down with its growing popularity and the quality of work it has produced.

Islamic coin is the local cryptocurrency of the Haqq ecosystem, which was created by adopting the Sharia rules found in the religion of Islam. Haqq, which means “truth” in Arabic, is an ecosystem that serves Muslims created using philanthropy and technological tools. Haqq is financially built by Islamic values and Sharia. Islamic coin also wants to empower the Muslim community while supporting philanthropy and innovation. Islamic coin, which received a “fatwa” statement from Muslim leaders in June, is defined as a halal crypto asset.

The supply of Islamic coins is limited and cannot be devalued by printing arbitrary money. In addition, deflation cannot be done by raising interest rates because there is no interest in the system. Making a profit by taking an interest is forbidden by the religion of Islam. Therefore, the value of the Islamic coin determines fairly by the market. With each Islamic coin minting, 10% of the minted amount donate to Evergreen DAO, which works for the non-profit community benefit. Islamic coin aims to be scalable like Bitcoin while maintaining its claim Decisively as a crypto asset to be adopted among Muslims. There are about 2 billion Muslims in the religion of Islam, which is the second largest religion in the world. Islamic coin imagines a future in which at least 3% or 4% of this Muslim community adopts Islamic coin. This dream of an Islamic coin comes true, and if at least 3% of the Muslim community supports an Islamic coin, the value of the coin project to be about $ 720 billion. Islamic coin founders include Hussein Mohammed Al Meeza, Mohammed Alkaff Alhashmi, Andrey Kuznetsov and Alex Malkov. Islamic coin has already started to receive support from important names in the Islamic world. Recently, Sheikh Khalifa Bin Mohammed Bin Khalid Al Nahyan of the United Arab Emirates joined the Islamic coin advisory board.

Interviews with Mohammed Issa and Saif…

Interview with The Pack Studios in…

Interview with CEO of Ratic Ali…