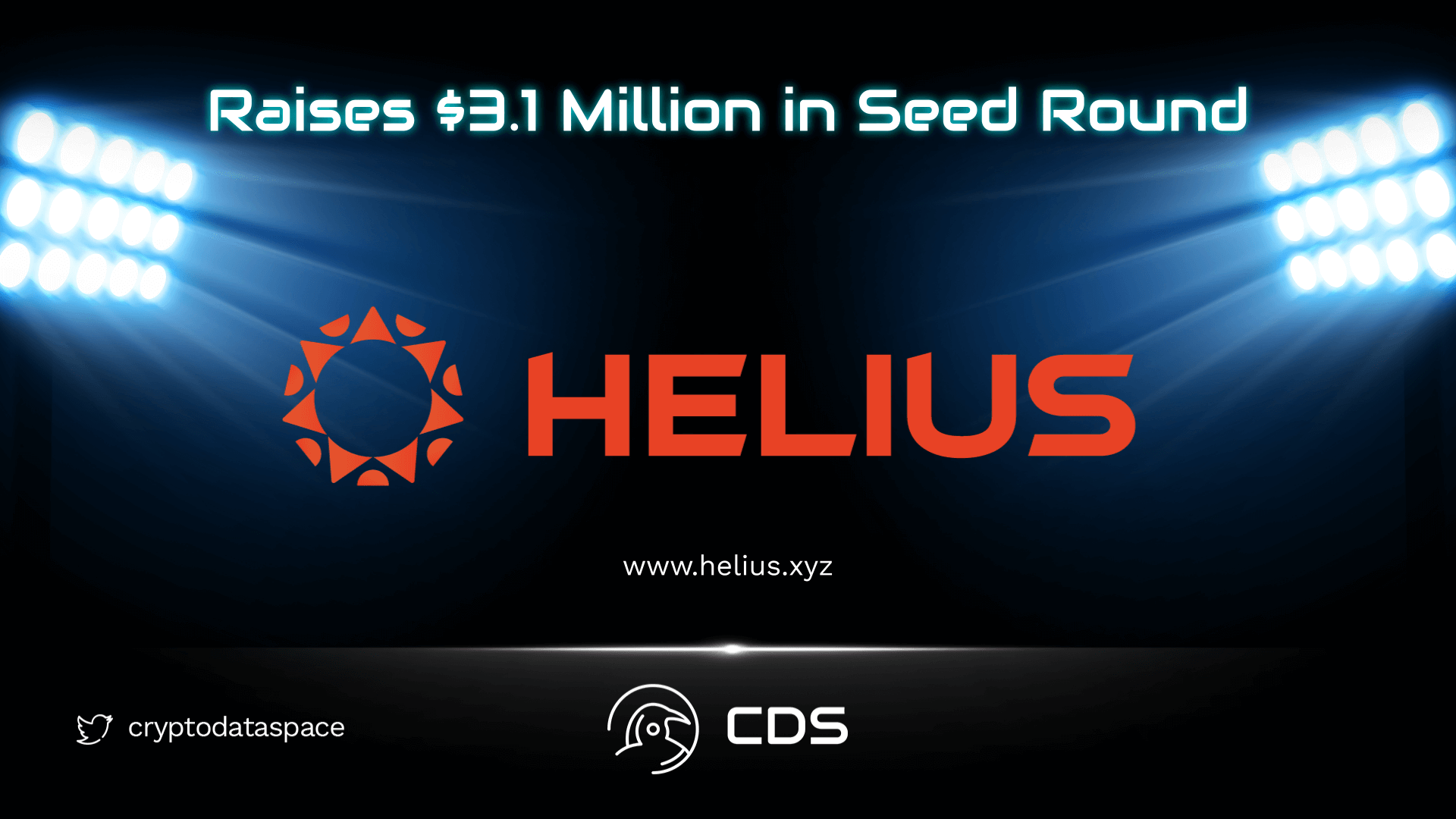 Helius, the Solana infrastructure venture project, announced that it has raised a $3.1 million investment under the joint leadership of Reciprocal Ventures and Chapter One. A number of notable VCs also participated in the seed round, including Magic Eden, Solana Ventures, Alchemy Ventures, Big Brain Ventures, and Propel VC.

Helius, founded by engineers with previous experience at Amazon Web Services and Coinbase, was founded to provide tools to help developers build Web3 applications in less time and at less cost. The Solana blockchain is quite hard to work with and understand, especially compared to Ethereum,“ Mert Mumtaz, a former Coinbase engineer and today CEO of Helius, said in an interview.”we’re trying to simplify blockchain data and make it easy to work with and build on top of.”

Explaining that the developers on Solana need to “First set up all kinds of infrastructure and scaffolding” to create an application, Mumtaz explained that the processes are “too hard to read”. In addition, in some cases, developers have to reverse engineer their Solana smart contracts to understand what is really going on, he said.

Helius aims to eliminate the problems at this stage. Helius helps developers overcome this barrier by providing APIs for understanding On-Chain data and query transactions, providing WebHooks that enable automation and bots, as well as RPC Nodes that allow Solana applications to interact with the blockchain.

”It will allow developers to build much faster and cheaper. My hope is that people who are intimated by crypto development, and people who are coming over from Web2 to Web3, will have a much smoother, easier, and faster onboarding experience to crypto—but also Solana specifically, as well.”said Mumtaz.

About two months ago, Helius presented an Alpha Test that only invited participants could participate in. The company will use the capital obtained from the startup fund to cover infrastructure costs and recruit extra engineers.

The Announcing New Funding of $200…

Stardust Has Received an Investment of…