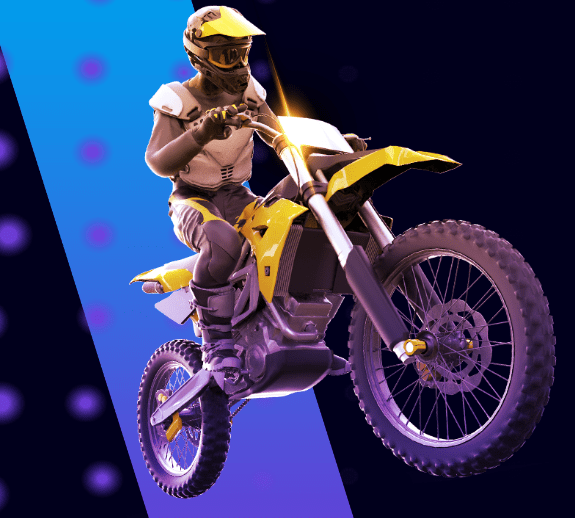 Developed by the creators of Trial Xtreme, the leading blockbuster Web2 game series with over 250 million downloads across a variety of bike racing games, Gameplay Galaxy is launching the highly engaging decentralized Web3 gaming ecosystem, starting with Trial Xtreme and adding other extreme sports titles. Each game will offer players the opportunity to own vehicles, race tracks, characters, workshops and other items as NFTs that they can buy and sell in a decentralized market. Players can earn active income by competing in tournaments and winning races, as well as hosting tournaments and events where others can compete. October, players will be able to earn tokens by winning games and use the earned tokens to open a secure wallet that can store future and NFTs.

The emergence of Web3 resulted in the emergence of clear opportunities for game creators. Gameplay Galaxy has designed a new ecosystem that harnesses the full power of Web3 to provide gamers with a much more exciting and interactive gaming experience. Gameplay Galaxy’s Web3 ecosystem allows players anywhere in the world to play an active role in how the game is played and group into guilds and take part in game ownership. This ensures that the success of the game increases financially. Gameplay Galaxy, the first of its kind where the profitability potential is on a Web3 platform with a rich gaming experience, has taken an important step in the gaming industry.

The Web3 space has presented innovations that we could not have predicted even five years ago, and now we are excited to unveil the latest innovation. At this point, Gameplay Galaxy offers decentralized competitive games that are owned and operated by players. The possibilities for Galaxy Game are obviously limitless, and it will be very exciting to work with players to scale up the new gaming social experience and become the go-to resource for extreme sports in the metaverse.

Gameplay Galaxy, the world’s first Web3-powered, decentralized competitive gaming ecosystem, announced today that it has closed a $12.8 million seed round. The round was led by Blockchain Capital with the participation of Merit Circle, Com2uS, Mysten Labs, Solana Ventures, Yield Guild Games and Hustle Fund.

Gameplay Galaxy’s seed funding will enable the company to create new and exciting games that will combine the most innovative Web3 features, design and create seamless experiences. On the other hand, it will be used to develop wallets for Web2 players in the Web3 gaming ecosystem, which is the first of its kind. In addition, the funds received will also be spent on expanding the team.

Gameplay Galaxy launches with a team of more than thirty professionals with unparalleled experience in developing and pioneering innovative gaming products. The company is currently recruiting team players who are passionate about gaming and building the future of Web3.

Gameplay Galaxy is the world’s first Web3-powered, decentralized competitive gaming ecosystem. Reaching more than 250 million downloads Games bike race in various blockbuster game series developed by the creators of Xtreme web2 trial, gameplay Galaxy players, NFT as vehicles for the race track, the characters, workshops, and other items may have may I buy them and sell them. Players can do all this without any problems.