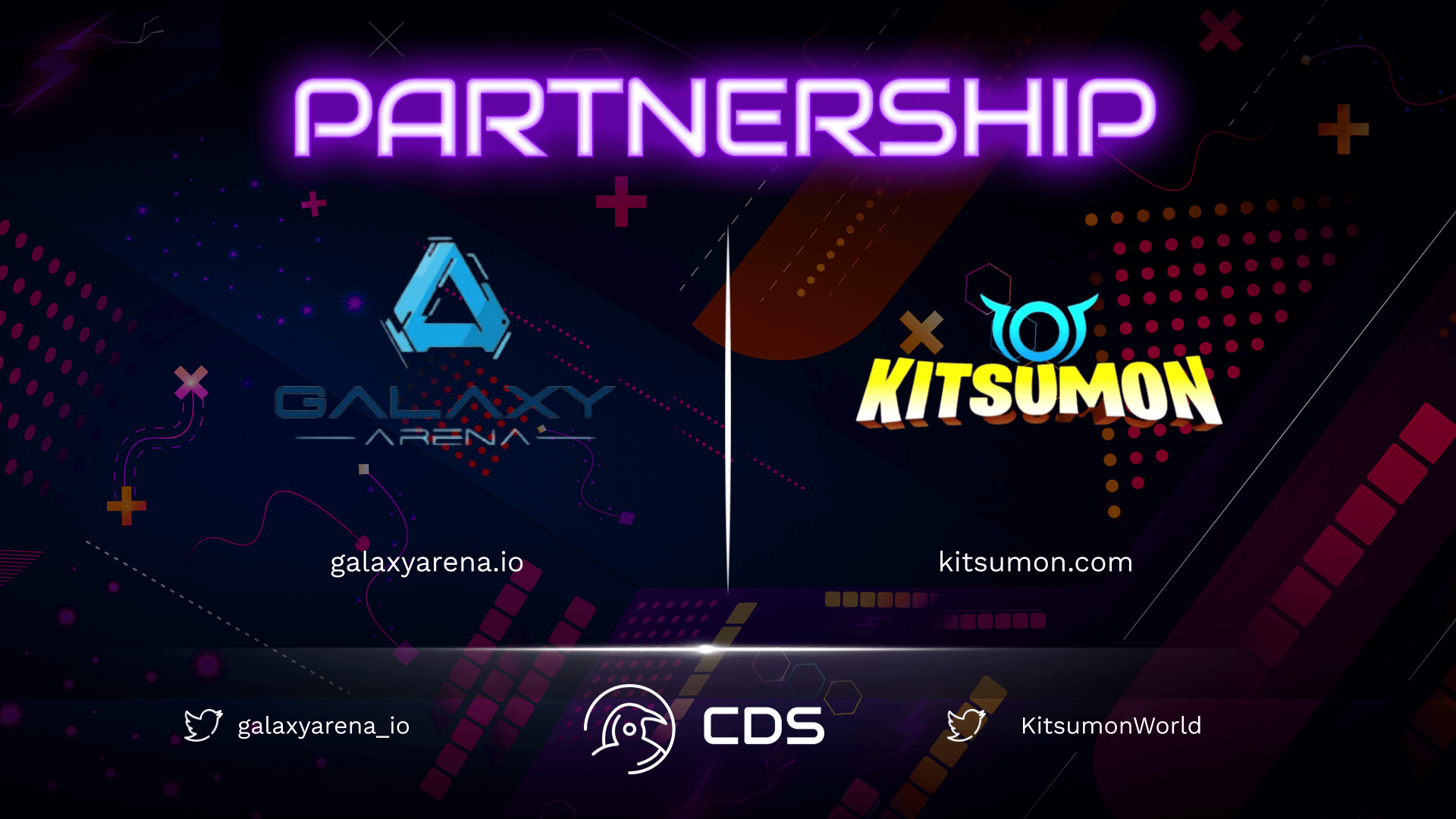 Galaxy Arena has announced its partnership with Kitsumon, an NFT game designed to collect, breed and care for adorable Kitsu pets.

Kitsumon is a Multiplayer Online Battle Arena (MOBA) game that fits into the mold of popular hits such as Pokemon and DotA. However, this is a significant departure from the hits. It has a unique in-game economy fueled by NFT assets. Thanks to this economy, it transforms itself into a lucrative offer for players, facilitating the P2E game mechanics.

The Kitsumon P2E profession system allows players to acquire professions such as farmer, chef, fisherman, alchemist, ranger, breeder. NFT assets created in-game can be sold on the private marketplace. Bloodline breading is a unique feature of Kitsumon World. Bloodline is a royalty reward system built into Kitsu’s DNA by its creators. When a Kitsu is created, the Kitsu is stamped with its three creative addresses, which receive royalties on all future NFT sales. Obtaining pure gene eggs and Kitsumon can be very lucrative.

Before all other features, the battle arena appears as the core of the Kitsumon world. Players can both train and fight against other online players in both ranked and open matches. Players will be able to create ”Guilds” and invite players to create battle teams. Battle teams can only be joined by invitation and  Can only fight in special League Ladders and tournaments.

Galaxy Arena is a virtual reality metaverse earned by playing (P2E) that uses groundbreaking volumetric motion capture technology to give users an experience like no other. In the metaverse, the focus of which is the Arena, players can watch a live streaming of professional fighters from their favorite leagues with the help of the latest technology. Viewers can watch pay-per-view broadcasts from every conceivable angle. (Much more detailed than ringside.)

For Web3 Games, IndiGG Announces a…

Bitbank Talks About the Strategy That…