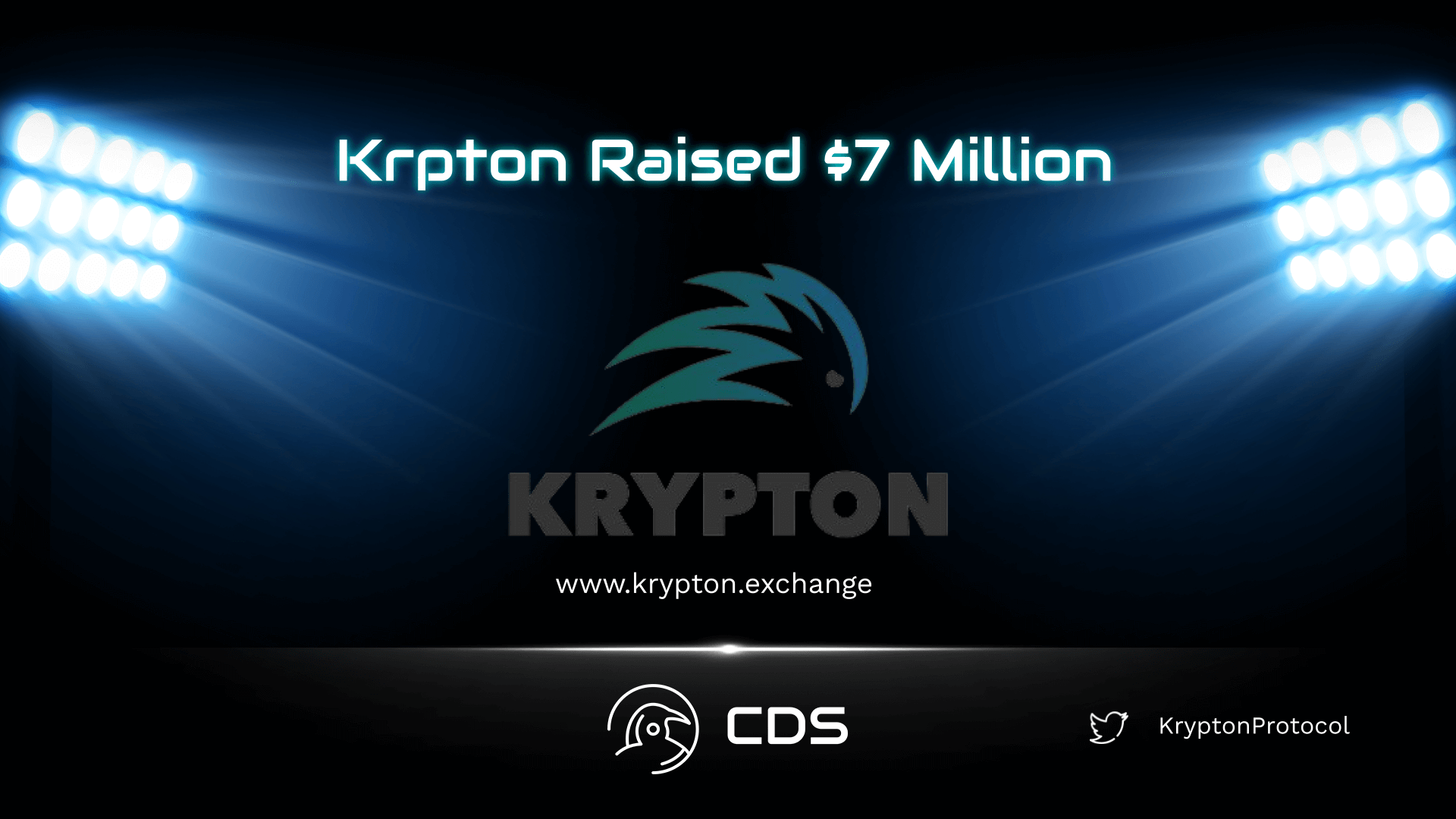 Krypton, a new decentralized stock exchange (DEX), has announced a $7 million startup round led by Framework Ventures, a venture capital firm. Other investors participating in the round included Samsung Next, HashKey Capital, Finality Capital Partners, Foresight Ventures, GSR and MEXC.

“We see Krypton as a platform for a completely new crypto trading format that can reach new institutional and retail user demographics,” Framework Ventures CEO Michael Anderson said in an email announcement. Anderson also said that best practice should be a priority for DeFi to mature, and the Framework believes that Krypton’s solution will play an important role. While Framework is optimistic about DeFi, the firm’s CEO is wary of potential government regulation. During the Mainnet 2022 in New York City, Anderson spoke to discuss the firm’s investment strategy during the bear market and the aggressive moves of regulators;

“I’ve never seen a tougher regulatory environment for web3 and crypto than we’ve seen,” Anderson said. “But frankly, I think this is also the need for DeFi and crypto in general to be more permissive – there needs to be more KYC (know your customer).”

Anderson believes the lack of financial institutions investing in the space is holding the sector back because institutions can’t trade in operations without permission – they need to know who are their counterparties are, and he added “I think it will look more like FinTech, it will look more like financial services, but we will start to see the emergence of a new DeFi that will be built on the chain,”  “Institutions will be involved, and existing ones will continue to grow and multiply. But I think we will see a new DeFi because of this.”

In an interview with Decrypt, Krypton co-founder Nathan Moore said, “The conceptual goals of DEFI are built around ideals such as being permissionless, being unreliable, and most importantly, being decentralized.There should be no gate guard – if there is a problem with one node, the next node will allow access.”

Krypton distinguishes itself from other decentralized exchanges,  claiming to take a different approach to the traditional order book concept by constantly using a mass auction for price discovery. “This is our secret sauce,” co-founder Moore said. “Instead of just saying, ‘I want to buy X for Y$,’ you also specify a transaction speed, a rate at which you want the transaction to occur. Then a market maker takes the other side and instead of the transfer happening instantly, it is spread over time.”

Moore announced that this $7 million capital will be used to build a Krypton engineering team, research, community, and launch the Krypton stock exchange in the first quarter of 2023.

Samsung NEXT invests in entrepreneurs and start-ups to create breakthrough software and services. Its team of entrepreneurs, engineers, investors, strategists, business developers and experts work together to strengthen a global startup community.

Blockchain technology enables innovations that fundamentally reshape consumer and corporate web business models. It partners with founders and teams to develop the cryptoeconomics, governance, and community necessary to build and scale token-based networks with them.