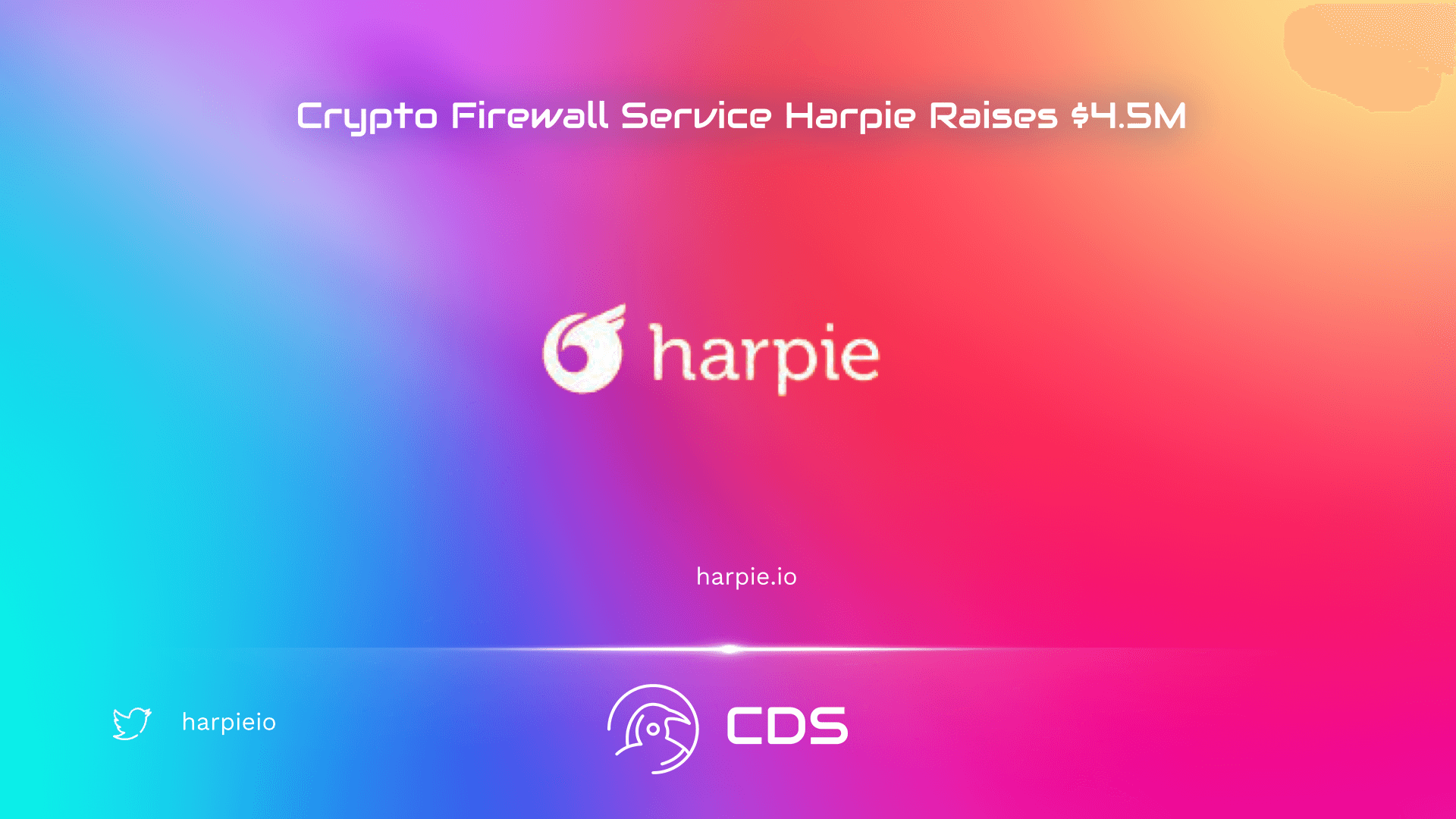 Harpie, an on-chain firewall service, has raised $4.5 million in funding to be dedicated to preventing theft in Ethereum wallets.

According to the statement, the investment round was led by Dragonfly Capital, Coinbase Ventures and OpenSea were added to the list of participants.

The new funds from the investment round will be used to increase the number of types of attacks that can be prevented.

The initial release will protect ethereum wallet users by allowing them to set up a “trusted network” of applications and users to whom they want to send tokens. All transactions made outside this network will be defined as theft and will be blocked.

The initial release addresses an issue that is becoming increasingly important in the crypto industry. July August 2021 report by Chainalysis, the amount of crypto assets defrauded was just under $ 1.2 billion, while in wallet attacks in July 2022, $ 1.9 billion worth of crypto was stolen.

According to Harpie’s white paper, the startup version will work by taking a commission of 7% for any recovered assets.

Noah Chong and Daniel Chong founded Harpie to fight against the increase in theft. Harpie’s mission is to provide a service that will prevent front-end attacks, phishing attacks, fake site scams, and accidental transfer errors.

Space and Time, a Web3 Platform,…