The round was led by Lightspeed Venture Partners with participation from industry leaders Arweave, Bain Capital Crypto, Blockchain Capital, Distributed Global and Road Capital Management. The company also plans to use these funds to recruit engineers, developers and operators.

We mentioned in our previous article that Community Labs, led by Tate Berenbaum, the founder and CEO of the community, is a software development company and venture studio focused on supporting Arweave adoption, ecosystem growth, and protocol development. The company also stated that it will develop and support critical developer tools and key ecosystem solutions that are included in the next 1,000 active Arweave developers and founders, starting with 3EM, which stands for Web 3 Execution Machine, a code-independent smart contract framework. (The Community Labs Ethereum network is modeled after the underlying software development company ConsenSys)

The 19-year-old CEO of Community Labs 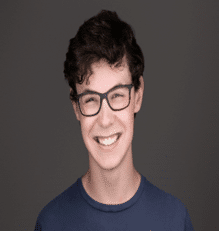 The 19-year-old leader of Community Labs develops software and developer tools on the Arweave platform. Instead of killing his time during the pandemic, Tate Berenbaum is a young entrepreneur who invested in himself at that time and did serious work, and spent all his time coding in his basement study. He developed developer tools for Arweave, a blockchain-like platform known for its permanent data storage, without even realizing that these works would change his life at the time.

Berenbaum, now 19, CEO of Community Labs has managed to raise $30 million for his platform at Arweave, a software startup and venture studio dedicated to supporting crypto projects. Berenbaum said in an interview that he stopped his education at the University of Virginia for the time being and moved to New York. And will you come back?  To his questions, he answered “no” for now.

Arwevae is generally the platform of choice for decentralized data storage. But in addition to expanding Arweave’s data storage capabilities, Berenbaum is looking at different purposes for Arweave that could allow it to operate more like blockchains like Ethereum and Solana.

“It can be used for financial use-cases,” Berenabum said, adding that they have also created a service called verto, a decentralized exchange for token trading on Arweave. He said Community Labs is also interested in developing consumer-facing applications for Arweave, such as immutable token storage.

Arweave is well positioned to be a ‘critical part’ of the web3 infrastructure, according to Will Leas, a Lightspeed consultant and contract partner at Lightspeed Faction, which focuses on blockchain-related startups. We can say that the company chose to support Berenbaum’s initiative, albeit partially, because Berenbaum is known as a ‘thought leader’ in the Areweave community.

For now, Berenbaum lives in New York, and his story which started during the pandemic period seems to carry the Community Labs venture studio further.

Koibanx has raised $22 Million in…

Genki and Onto Wallet Partnership