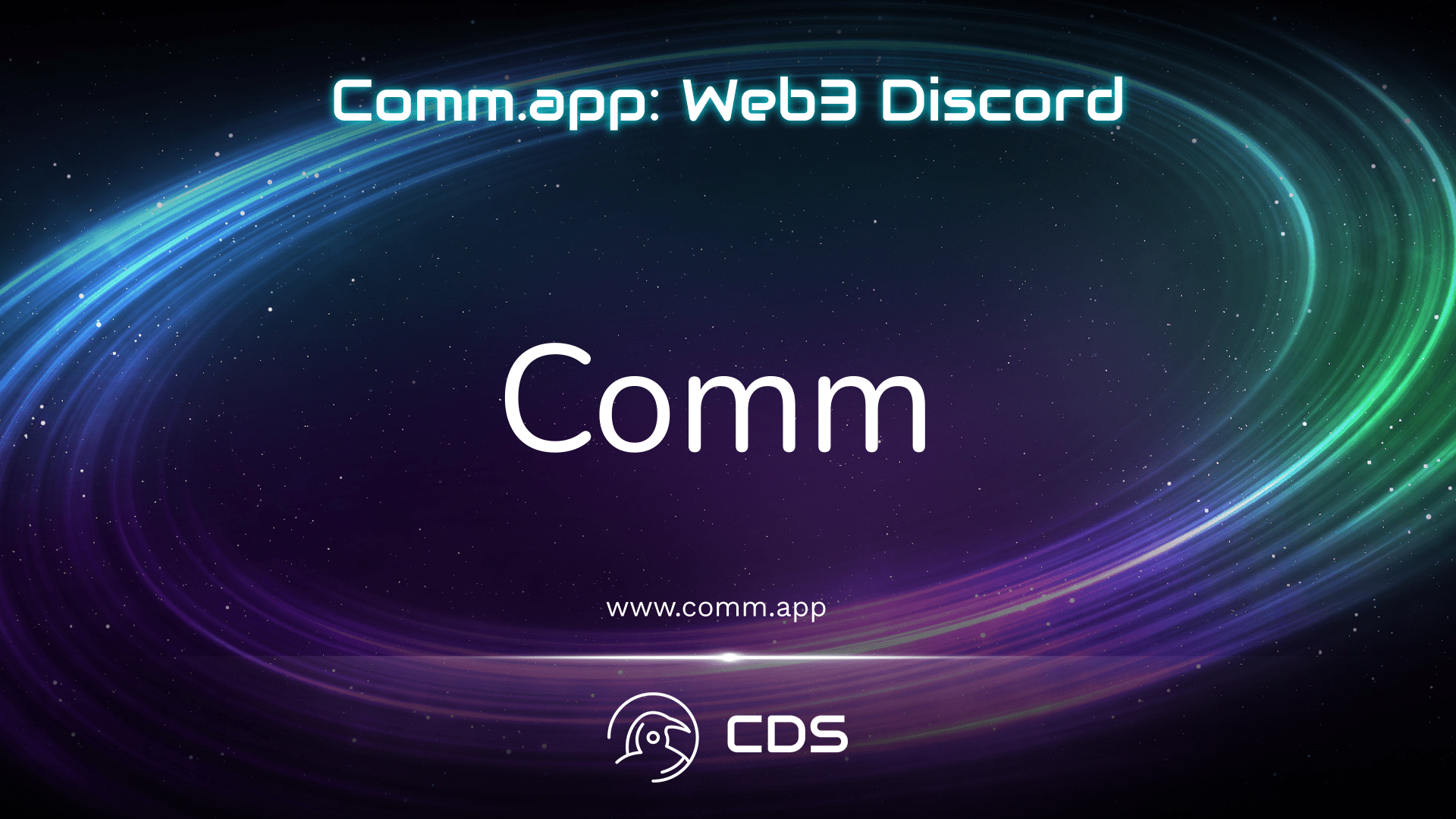 As you can understand from the title, this is a chat app. I see that project in the cluster of inevitable projects (inevitable cluster is my definition, not necessary to google :D). Firstly, I have to say that they did not published any version of the app, besides front-end, so I can not actually evaluate it and check the UX. So I will talk about the concept, and the future of that project.

In the website, there is a great definition of the app which I stole and used for the title of this article :d They say that they are Discord of web3. Not a brand new project indeed. Doesn’t have to be. They rely on the privacy of their open-source app. You can see that via blockchain tech, privacy has been possible. After that there were too many projects about privacy. In the future, these privacy-based projects will replace present, basic internet companies. I do not see any reason for not using comm instead of discord.

The idea comes from the lack of real encryption actually :d You can not implement a server layer from a cell phone so you should rely on a server layer which has access to your data basically. They are saying that the solution is the keyserver. Comm will not host any of your data, but their tools will help you deploy one. I think it would be very simple with a highly-studied step guide.

As I see in the website, you can create communities, chat in private, connect your crypto wallet and expose your nft’s in your profile. They can do the front-end, but the most important thing is if the solution about lack of privacy will work well? If everyone will create their own keyserver, no data will leak out? They say the app will be public. I think some of the developer kings, yes maybe you, can detect the problem 😀

Thus far, they do not have so many things in their hand but the idea and the solution. You can check ‘How Comm Works’ page from clicking there. Check the reason behind the keyserver thing. You can also read the documentation page to see where the idea comes from, what is the solution etc. They have basic works and basic page just as I like.

Team is consist of lots of developers. They are trying to deploy a protocol in the web3 community. I think that method of theirs will inspire many other web3 private encryption apps. So I recommend you to see that project as more than a app, but a method to send message more privately. Check the team by clicking there.

In a nutshell, I would say we need privacy until it’s too late to be private. I hope the sentence, ‘you can not imprison my mind’ will still be true in the future. I say, we need that stuff.