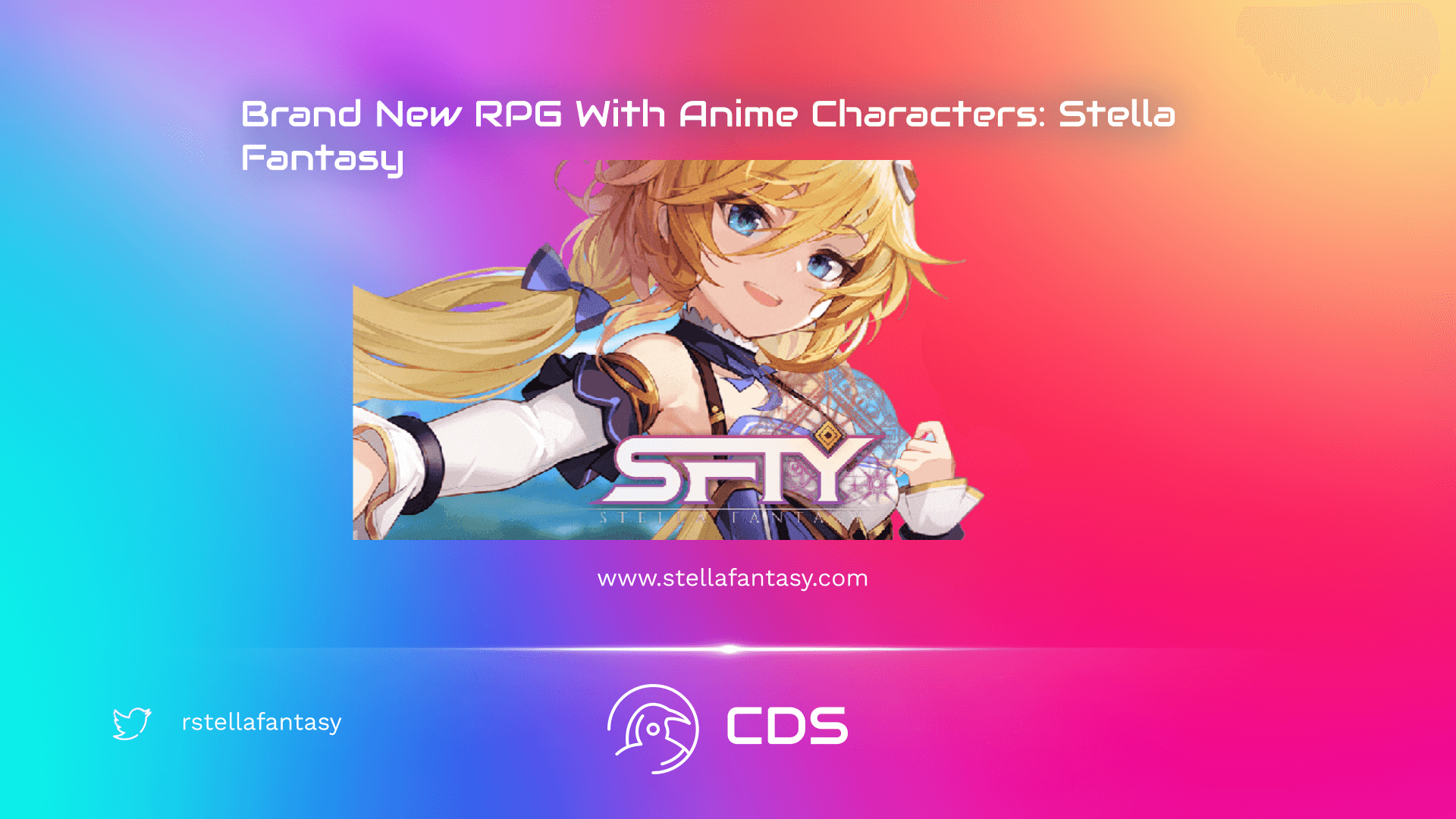 Stella Fantasy is a new generation character-based NFT Role-Playing Game that players can travel through an open world.

Players can explore untrodden territories in the Stella Fantasy universe, fight against various enemies, or  can focus on the development of their anime style characters. Digital assets, such as characters, equipment, tokens or NFTs, players have earned in Stella Fantasy will be stored in the players’ own wallets. In this way, it is aimed for players to experience a better quality metaverse ecosystem and trading environment.

NFT games are known as a mechanism that allows players to have rights and values over the game. NFT games have largely overcome the asset ownership problems between companies and players in Web2 games. Unfortunately, although today’s NFT games have minimized the digital asset problems, they have not been able to fully meet the requirements of being a ‘game’. Stella Fantasy continues its way in accordance with its roadmap as a project that will break new ground in the industry with its carefully prepared universe down to the smallest detail, brand new character features and the trading network they want to create.

Stella Fantasy is a “Premium Character Collection NFT RPG” with fantasy elements that makes a difference with its high-quality real-time action combat. More than 20 anime characters equipped with unique abilities were developed using the Unreal 4 engine to provide a unique gaming experience never seen before in any other NFT blockchain game.

You are awoken in a nameless forest on the outskirts of West Veranian Kingdom. Everything, including your name, is unclear to you. Yet, you somehow end up heading on an unknown adventure with a trio of novice adventurers – Ruby, Lapis and Linette.

It doesn’t take long for you to realize that this dangerous world is also filled with numerous adventurers seeking for their own dreams and fortunes.

The tales of love, friendship, betrayal and intrigues will unfold by your friends and foes of Reterra, a world full of mages, knights and mysterious machines, and It is your destiny to be the legendary savior who shines a light on Reterra

Exclusive plots will be directly related to asset acquisition and player growth. By managing their private lands, players will get the resources they need for various activities and character development.

In Abyss Rifts, players will be able to use both PvP and PvE modes. Most likely, players will encounter the Unique Abyss Rift, which distributes much larger rewards compared to other single-player modes.

In the game, players will be able to participate in various competitive modes such as PvP combat and Ranked PvE challenges, which fully satisfy the wishes of both PvP and PvE enthusiasts. These competitive modes will distribute unique seasonal rewards and act as a long-term player satisfaction system.

Players can acquire and develop NFTs such as characters, runes earned from Private Lands and Abyss Rifts.

Players can choose to trade these NFTs for profit on the Market or use them as an entry fee to appear in more difficult tournaments that offer better rewards.

There are 3 types of NFTs in Stella Fantasy:

The Stella Fantasy Token (SFTY) is the token used to power Stella Fantasy’s ecosystem and governance. SFTY also has the ability to connect to systems outside the game and maintains its overall value. SFTY can be used in-game in a variety of ways, depending on players’ preferences, staked for additional rewards, or used to participate in the DAO’s governance activities.

The total supply of SFTY is fixed and is not additionally provided or randomly given through the game.

The Stella Fantasy Token can be traded in three different ways;

You are invited to the world of ‘Stella Fantasy’. Surrounded by a field of unknown asteroids, the energy source of all life forms, Mana, flows and creates dimensional gates called Abyss Rift. Team up with your friends to explore Abyss Rifts and develop your own multiverse in STELLA FANTASY!