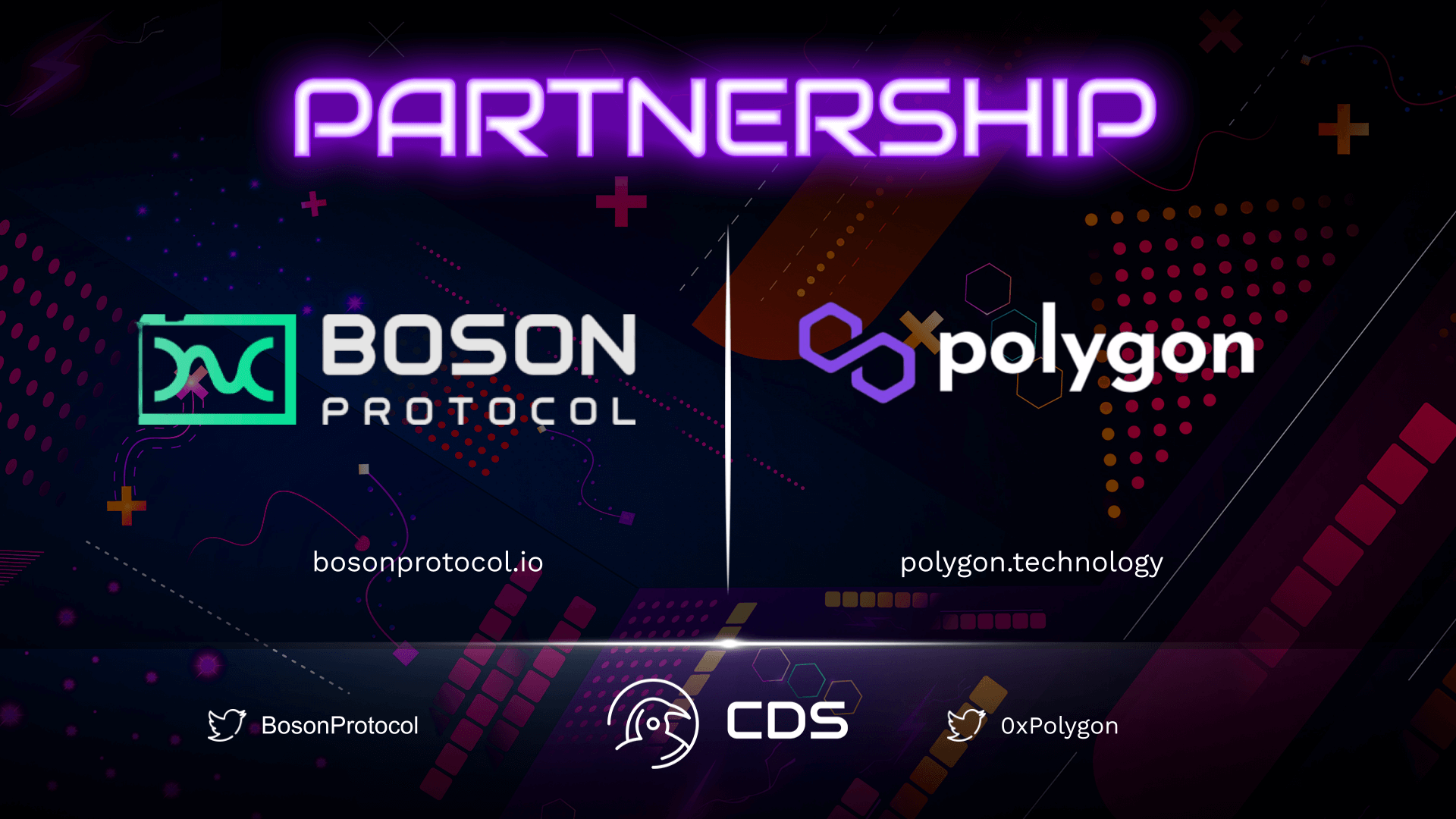 Boson Protocol v2, a groundbreaking technology that transforms from the digital world to the physical world without intermediaries, is being made available at Polygon.

The Boson Protocol solves the problem of fair exchange within e-commerce without the need for trusted intermediaries or counterparties. Instead, the Buyer and Seller make a commitment to trade within smart contracts, which are coded with game theory and denoted as monetizable NFTs.

Buyers have the assurance that they can use the NFT for the physical product or get their money back.

A key part of the protocol is the core exchange mechanism subsystem that manages the exchange of on-chain value for off-chain value between two parties. The protocol provides other features through a number of functional and optional protocol modules.

Boson Protocol v2 was released in Q4 of 2022 and has garnered praise as a core piece of Web3 infrastructure. Boson was recently awarded the World Economic Forum Technology Pioneer status due to the potential of this technology to democratize and reshape global trade. The protocol is designed to eliminate the need for trusted sellers and reduce cost and friction by allowing digital-to-physical redemption between buyer and seller.

“We are launching Boson Protocol v2 on Polygon because it gives us significantly lower transaction costs and higher throughput. It is highly secure, and since it is EVM-compatible, we have a wide potential for future expansion. Also, it is important for Boson Protocol to be where other major projects live so as to contribute to a thriving ecosystem. Polygon is integrated with all the key projects, metaverse, and protocols, making it an optimal, interoperable choice for us.”Justin Banon, Co-Founder of Boson Protocol

Polygon is the leading blockchain development platform that offers scalable, affordable, secure and sustainable blockchains for Web3. The growing product line provides developers with easy access to large scaling solutions, including L2 (ZK Aggregations and Optimistic Aggregations), sidechains, hybrid, standalone and enterprise chains, and data availability. Polygon’s scaling solutions have been widely adopted, with more than 37,000 decentralized applications hosted. 1,94 Billion total transactions, 164 Million unique user addresses and $5 Billion worth of secured assets. The network is home to some of the largest Web3 projects such as Aave, Uniswap, OpenSea and well-known companies such as Meta, Stripe and Adobe. Polygon is carbon neutral with the goal of leading the Web3 ecosystem to become carbon negative.

The Boson Protocol allows you to create trading applications that everyone can use and that everyone can trust. Decentralized Commerce provides a new world of commerce that bridges the on-chain and off-chain ecosystems.

Easily add dCommerce features to your DApp, create a web3 marketplace, and even create your own loyalty program where your customers can redeem real-world rewards in a Web3-specific way.

Adding KNC to AAVE V1 and…