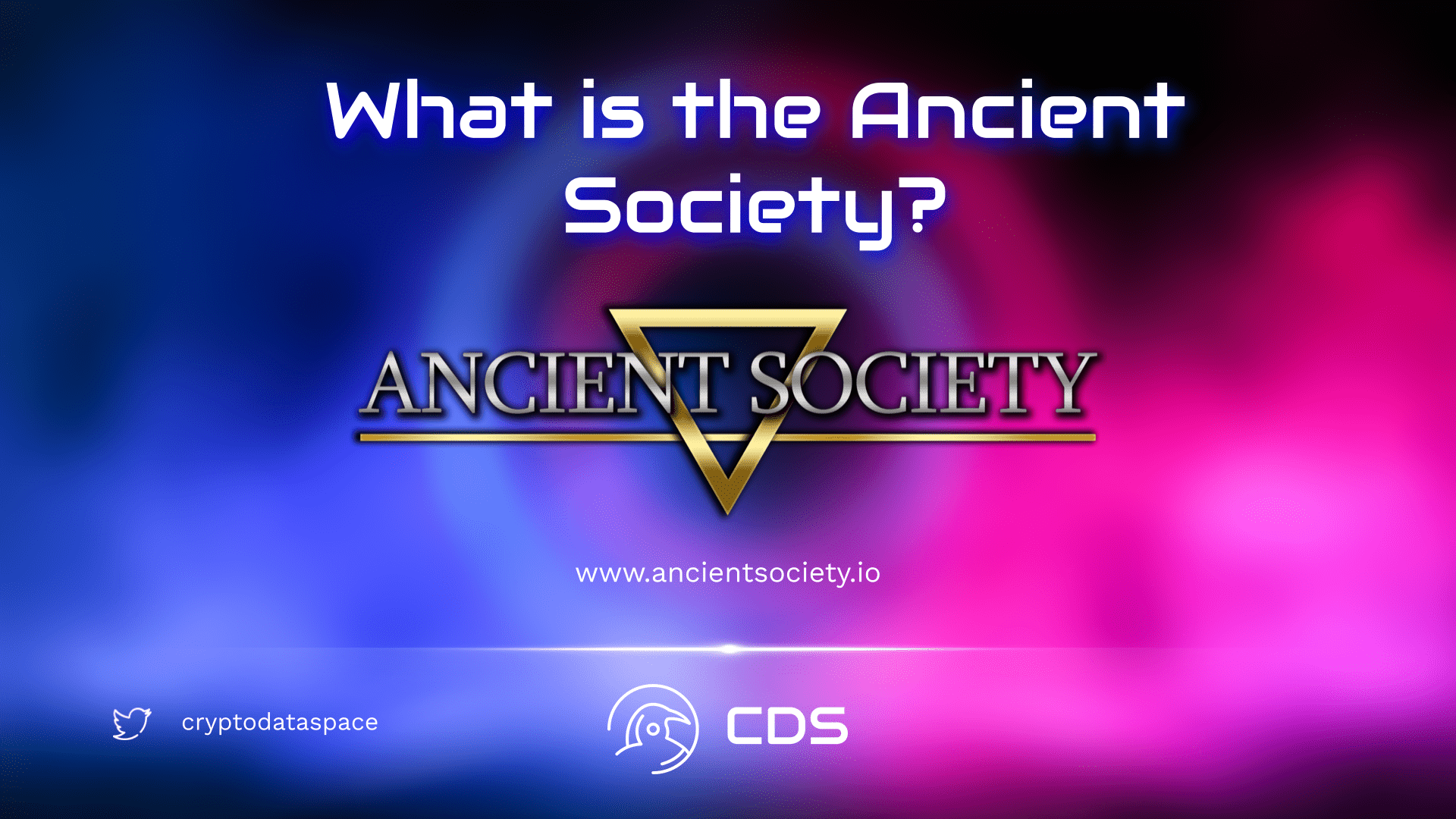 In this article, we examine the Ancient Society game, which offers players a different browser game experience in the RPG-strategy genre; you can find information about what the game is, how it is played, what it aims at P2E, the white paper of the game and more.

What is the Ancient Society?

Ancient Society is a member of the Play-to-Earn ecosystem and is an innovative browser game that promises its players a pleasant gaming experience in the RPG-strategy genre. You can build and manage your empire in this multi-platform P2E game created on the Polygon Blockchain system.

Ancient Society, which has an international group of developers, software engineers, 3D designers, economists, mathematicians, illustrators, and business consultants, also receives the support of top players of world-renowned games such as World of Warcraft, Metin2, Ikariam, and League of Legends. After all, no one knows more about a game than the players. This is the gaming perspective that will differentiate Ancient Society from other P2E games.

The white paper of the game has been written in English, Italian, Portuguese and French and has been prepared as a detailed guide to the players. In fact, the introductory part of Ancient Society’s white paper is an overview for the players.

“Welcome to Ancient Society – a multiplatform P2E game where the opportunity awaits you to create, build and manage your own empire through the Ages of Civilization (and beyond).

Ancient Society mimics the politics and ambiguity of the Classical Era when alliances were formed and broken every day. Will you rise to the top as a diplomatic and cunning envoy? Or will you crush the forces of your opponents with brute force and steal resources only to strengthen your own democracy? The choice is yours.

Our highly experienced team is developing Ancient Society as an NFT-based Play-and-Win game that combines all the excitement and values of NFTs and crypto money with the excitement of building, collecting resources and role-playing in the real world. Ancient Society will be a browser-based game with cross-compatibility with mobile devices and our metaverse-based NFT Worlds.

Our vision is to create a perfectly balanced Player-to-Player game economy while implementing immersive and addictive RPG-style gameplay that encompasses the power of digital currency and NFTs.

We are a great believer in the Metaverse and the Play-to-Win gaming concept. Ancient Society will strive to become the premier RPG/NFT gaming experience by leveraging everything that NFTs, cryptocurrency, and the metaverse have to offer.“

In this RPG-strategy game where you can build and grow your empire with real-world economic and political strategy elements, the developer team’s goal is to create a sustainable NFT-based Play-to-Earn game with the elements it has.

While providing the mentioned elements to the players, the inspired games are briefly as follows:

– Strategy and Interaction of Clash of Clans

– Game Systems of Worlds of Warcraft

– The Competition of League of Legends

This immersive game starts with you being the ruler of a small town in the Stone Age. The goal of each player is to expand their town and turn it into an ultimate empire by collecting resources, forming alliances, looting, taking loot, upgrading buildings, and establishing dominance over the surrounding players and lands.

The game is planned to continue throughout the Ages of Civilization (and beyond). During the game, there are constantly new aspects to the game (new buildings, new resources, mechanics, game theory, etc.) that will continue to be added. Players will be able to create buildings, collect resources, plan attacks on enemies and do everything else that you can expect from an RPG-strategy game.

Ancient Society is a browser-based game (PC and Mac). In addition to releasing the mobile version of the game, NFT Worlds will be used to further develop the game and synchronize it with the browser and mobile game. In addition, the game is currently playable on mobile with the Metamask app.

Ancient Society contains the basic gameplay mechanics with other similar RPG-strategy/world-building/conquest games you know and love. So, some of the mechanics that you will interact with during the gameplay of the game are:

You can start playing Ancient Society to experience much more than the ones listed above.

All players have an in-game wallet for transactions. However, players’ in-game wallets are used to store the resources they get from the game.

On the other hand, since Ancient Society is built on Polygon, in-game transactions can be made without paying high blockchain gas fees. However, to perform any transaction (buy/sell/trade, etc.), the resources must be in the players’ in-game wallets. Resources can be easily moved from the internal wallet to Metamask.

Through buildings and their upgrades, players gain valuable resources to further develop and strengthen their towns, transforming them into the ultimate cities and ultimate empires. Since each building in Ancient Society will have its NFT, NFTs are integrated into the entire gaming experience.

As players upgrade their buildings level by level, the aesthetics of the buildings also change to reflect the upgrades. Each level will add a new aesthetic to your buildings, and every five levels will be a major aesthetic upgrade.

In the Stone Age, the first Age of the game, there will be three basic buildings/NFTs that will be available to players. Each building created at the Ancient Society requires the following three basic resources:

Every building to be created or upgraded in the Ancient Society requires $ANCIEN, $ANCIENSTONE AND $ANCIENWOOD.

Additional buildings will be released as players progress through the Ancient Society, such as the Academy, Laboratory, Fishing Shack, and more. Each building will come with its own in-game advantages to fulfill your mission of creating your own empire.

In order for players to create their economic strategies in a more stable way, detailed graphs of building production data are easily accessible from the game’s white paper.

Different types of Manual Farming are available to make the game as interesting as possible and to add different layers.

Thanks to such types of manual farming, the game becomes interesting from every angle.

There is something for every player in Ancient Society, and the PvP game model also reflects this philosophy. PvP mechanics will be released during the Age of War, when more buildings and game strategies are added to the game.

Troops will be able to conduct fury battles, steal resources, and fight in one-on-one and team/alliance battle environments. The leaderboards will show the best players in both PvP and PVE, and the best players in each category will receive special rewards and special upgrades for their cities.

In addition, two different types of PvP modes will also be implemented in Ancient Society:

Thus, players can choose the PvP mode they want.

Ancient Society’s in-game economy will revolve around $ANCIEN. Staking the city hall is the only way to earn $ANCIEN. A big part of the game’s challenge for players will be finding a balance between spending and getting $ANCIEN.

The team of economists and mathematicians has created a complex mathematical formula to manage the number of resources needed to upgrade buildings. In this formula, the number of $ANCIEN, $ANCIENSTONE and $ANCIENWOOD required at each level are taken into account. The formula also takes into account the production increase you will receive for each level of the upgraded building:

Captain Tsubasa Is Now on the…