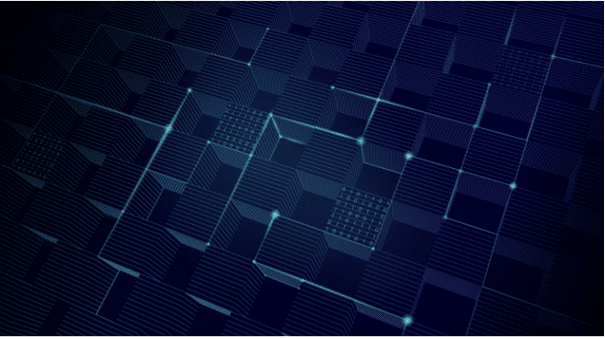 Topl is a Blockchain ecosystem that promises digital and sustainable transformation between value-based chains and enables the monetization of impact-based tokens verified on the Topl Blockchain.

Topl is an environmental, social and governance (ESG) based ecosystem. No projects harmful to the world will be listed here. The system will help companies track, tokenize and process positively impactful projects. Topl envisions becoming the world’s leading effective monetization engine. The slogans are very ambitious,”    You change the world. We prove it..”.

Topl has developed a proof-of-stake protocol that guarantees Nakamoto consensus-level security, creating a completely secure blockchain that uses 10 million times less energy than early blockchains. How? By building on an important cryptography research foundation and distributed consensus, and using technology developed by the Topl team.

What Made Topl a Powerful Actor?

The COVID-19 pandemic has experienced a period that shows the weaknesses of global supply chains. The pandemic has affected almost every aspect of supply chains, from production to transportation and distribution. The inadequacy of the old record-keeping systems was revealed. As the focus on sustainability intensifies in all sectors, from consumer demand to ESG investments, it has shown that travel is an impractical method for collecting reliable supply chain information. That’s where Topl comes in. There are Fortune 500 companies that carry internal ESG reporting systems on the blockchain to check whether projects meet ESG milestones. When the society transfers its funds to investors to projects. It provides the opportunity to act with confidence in the transparency of the projects and the benefits they provide.

How to Interact with Topl?

Topl created Torus to simplify using the blockchain. Torus is a Blockchain-as-a-Service (BaaS) product that connects users to the Community Blockchain through a developer-friendly API.. While the cloud provider provides the necessary infrastructure and blockchain creation tools, you can also develop blockchain applications and digital services. The Topl has a variety of Baathist offerings.

The Society aims to enable developers to have the ability to easily integrate the blockchain network into desktop, web and mobile applications. That’s why it paired its API offering with software development kits (SDKs) written for the most common web development frameworks.

Another feature of Topl: Ledger Logic

Ledger Logic is a term that refers to the complex functionality that Socl Blockchain provides. This includes smart assets, on-chain programs, and extended UTXOs. In Topl Blockchain, smart assets can be identified by users at the blockchain level, effectively creating a digital twin of a real-world asset such as a diamond. These assets (or rather, their twins) can then be transferred and tracked as tokens on the blockchain. Creating these digital twins directly on the chain instead of smart contracts greatly increases productivity.

The purpose of notebook logic is to expand functionality and possibilities. Topl Blockchain does this by creating an ecosystem of digital assets that are very similar to the assets of the physical world and allows developers to have wide-ranging authority.

A Few Examples of Topl Projects

LuDeim: Ludeim is a company that sells diamonds, but these are not dirty diamonds obtained by exploitation from African People.  Ludeim sells only ethically sourced diamonds. To ensure this, it uses innovative blockchain technology, Topl,  which reliably tracks diamonds from the moment they are found until they become a ring. All this information is then summarized in a small breakdown and given to the recipient as a small certificate along with the stone.

FairFood: FairFood is an organization that guarantees transparency to many different supply chains ranging from coffee beans to vanilla, tomatoes to pineapple, companies working with FairFood can convey to their customers the steps that their products follow on the long journey from the soil to their homes with all transparency. So how do you think FairFood provides this service to companies? Of course with the Topl blockchain network.

Right Origins: Right Origins uses the Topl Blockchain in order to transparently track the processes of chocolate from its cocoa bean form to its place on the market shelves and present it to the public. In this way, it can safely connect farmers, whom we can call small artisans, and large cooperatives with each other. Right Origins transfers four-fifths of its own profits to farmers, almost quintupling its old trading profit margins.

Chris Georgen and James Aman, founders of Topl, met at Rice University (Houston, Texas). Their common moral values and discussions in the field of socioeconomics finally made them a team. in 2017, they officially founded Topl and have continued their work unabated, expanding their staff since then.

There are participants from 10 different countries in the Topl team and more than 13 languages are spoken. The fact that 30% of their teams are made up of women is another proof that the organization is extremely fair and egalitarian.

The formation of the society has proved to the whole world that it has great potential with the opportunities it provides to developers and with its uncompromising moral values. The fact that it consumes 10 million times less energy than early blockchains and will only support ESG-first projects makes them one step further. According to the expectation of founder Chris Georgen, at least 50 projects will be supported by Topl by the end of the year. Chris’s statement in an interview reveals Topl’s perspective on the future: